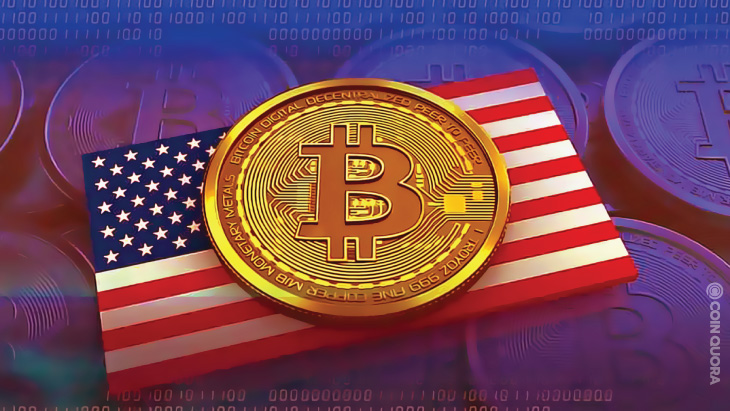 Bitcoin is currently trading around $49k at press time. The largest cryptocurrency by market capitalization fell hard last week, reaching a multi-month low of around $42k in the process. However now, some recovery has been made and the index is approaching $50k, but is unable to overcome it at the moment. Altcoins on the other hand had a much better recovery overall. More on that later on.

In other news, a recent survey by largest Bitcoin asset manager Grayscale shows that over 25% of US households are involved in the crypto sector and own Bitcoin. The survey had over 1,000 participants with ages ranging from 25-64. More on that later on.

In this week, virtual land has been all the rage in the metaverse-dominated Non Fungible Token (NFT) sales. This new rise of digital land has picked up pace ever since the concept of digital meteverses entered center stage with Facebook Inc. changing its name to Meta. According to nonfungible.com, over $300 million worth of NFTs have been sold during the past week and a quarter of those have been regarding virtual land. This rising trend has confused some users but it is now apparently clear that the metaverse is here to stay and might be a big part of our lives in the near future.

The Bank of International Settlements (BIS) has once again targeted the Decentraized Finance (DeFi) sector and called it an illusion. In a recently published report, the BIS discussed in detail the emergence of the DeFi industry overall. As expected an overly centralized organization like the BIS could only ridicule and miss the point and it did exactly that. The organization claimed the DeFi sector was a decentralized illusion and a vulnerable option due to lack of security. While it is true that there have been security lapses, the same have been reported in banking systems around the world, resulting in loss of billions of dollars for the average fiat user. A total of $256 billion is now locked in DeFi contracts. Perhaps the BIS needs to understand it is a real deal and not just an internet phenomenon that will die down with time.

A major Indian bank has recently inked a partnership with WazirX, the top cryptocurrency exchange to come out of the country according to the Economic Times. The move is despite recent fears that the government was putting forward a law to ban the private cryptocurrency sector entirely in the country.

Bitcoin is currently trading just above $49k. However, the bulls may not be confident of a move above $50k as the index has recovered to this level several times over the past few days but not once did it break it.

The last 24 hours started with Bitcoin at around $48.8k. The index rose to $49k and alternated around that valuation for several hours before it began to drop around 7:10 AM in the morning. The index first dropped to $48k and then further to as low as $47.3k at one point. This was to be the lowest valuation of the cryptocurrency during the last 24 hours. It soon recovered back to $48.5k and has largely stayed above it ever since.

Going forward, the immediate next price resistance is at around $50k. While this is not a towering figure at all, the big drop to $42k last week has made bulls nervous and are they are being cautious going forwards. There is also news coming from on-chain analytics that some more big holders aka whales may be interested in selling more Bitcoin. That is also keeping the bulls grounded. Overall, the index may look to post a rise to $50k but only a clear move above can change the trend, which seems unlikely.

The total market capitalization of Bitcoin was around $930 billion and its share of the proceedings was 41.17%.

Other cryptocurrencies aka altcoins were a mixed bag earlier today. Some like Terra (LUNA, -6.5%) posted losses while others like Avalanche (AVAX, 7%), Binance Coin (BNB, 3%) and Dogecoin (DOGE, 3%) had some gains. Overall, the market was much more subdued and didn’t post a lot of change.

25% of US Households Own Bitcoin

According to a recent detailed survey by Grayscale Investments, 1 in 4 US households has an investment in the crypto sector. The survey showed that over 26% of the participants had some stake in Bitcoin. In addition to Bitcoin around 46% of them said that they also hold Ethereum along with the premier cryptocurrency. The survey’s participants were wide ranging demographically with ages between 25-64 with at least $10,000 in some assets and over $50,000 annual income.

Around 50% of the participants also stated that they were in Bitcoin for the long-term. However, 77% of the overall number stated that they had purchased their Bitcoin during the last 12 months. Most of them invest in Bitcoin directly and don’t use a brokerage company or industry professionals. This is once again a good thing as the crypto sector empowers everyone to invest and not rely on third party funds or investors.