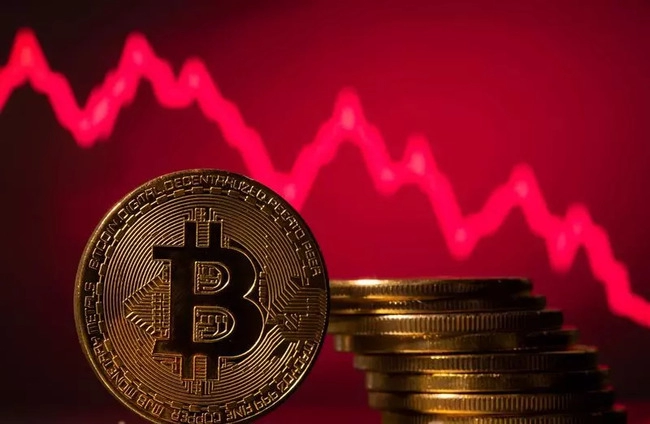 Bitcoin was under attack from the bears earlier today. The largest cryptocurrency by market capitalization fell sharply from around $64k to get to as low as $58.7k at one point before recovering back to around $60k. Altcoins posted deeper price pullbacks before they too reported small recoveries near press time. More on that later on.

In other news, the latest decrease in Bitcoin price index has allowed some big buyers to jump in and scoop up some relatively cheap Bitcoin. According to on-chain analytics, one whale (big holder) has bought around $18 million worth of Bitcoin when it was around $62k. More on that later on.

Ripple, the company behind the major XRP cryptocurrency, has outlined regulatory proposals for the future of the crypto sector in the United States. The proposal outlines sandbox approach and better public-private communication as key aspects going forward. Ripple is currently engaged in a 11-month long case with the SEC of America regarding its XRP crowdsale. The case is nearing its conclusion but neither side seems to be on top of things.

Pro-crypto internet browser Brave has unveiled an official crypto wallet built right into the browser. Now users can simply download the browser and start transacting with the inbuilt browser. The move was made to tackle shady third party wallet extensions who were flooding the popular privacy-focused browser.

The government of Israel has announced new Anti Money Laundering (AML) rules for the crypto sector. The regulatory authorities are also revising licenses to crypto exchanges in the country. While Israel has been somewhat of a crypto success in the Middle East, it is facing challenges as opposing organizations continue to get a lot of funding through the P2P cryptocurrencies that aren’t affected by sanctions. This is why Israel has jumped into action.

Bitcoin slid below $60k earlier in the day. The move came after the bears put further pressure on the index, forcing it to drop below the usual calm of $64k and right back into the contention zone.

The last 24 hours started with the digital currency at around $64k. It traded sideways for just a short while before it started to shed value. At 1 AM in the morning, the trend began to shift downwards, but slowly. By 5 AM, the index was parked at around $60k and in no mood for a quick recovery back to previous levels. BTC fell further to around 11 AM and broke the $60k support briefly, retracing back to $58.7k at one point on Binance before making a small recovery back to $60k. It has largely stayed there till press time.

Going forward, the drop to $60k can be considered a relatively healthy drop despite several shorts being liquidated and such. The bulls need to recharge their batteries for another assault at $70k and above and this will achieve just that. However, further price action below will put the long-term bullish situation in trouble. Minor moves below $60k are fine but a big move could bring the bears back into the short-term picture for sure.

The total market capitalization of Bitcoin was around $1.12 trillion and its share of the proceedings was 43.7%.

Bitcoin Sell-off Gets Whale to Buy 12.8 Million of Bitcoin

On-chain analytics show that a big Bitcoin player has added 207 BTC ($12.8 million) when the price was around $62k earlier today. The index fell sharply earlier today to as low as $58.8k giving several people the opportunity to get the crypto at a relatively cheaper price.

The whale in question now has a mammoth 193,433.46915660 BTC in its coffers, worth around $11 billion in total. However, buyers need to be wary that the distribution phase has begun in the bull run. This is signalling that the bull market is heating up and heading towards a climax. This occurs when a lot of crypto changes its hands from selling whales to buying whales.