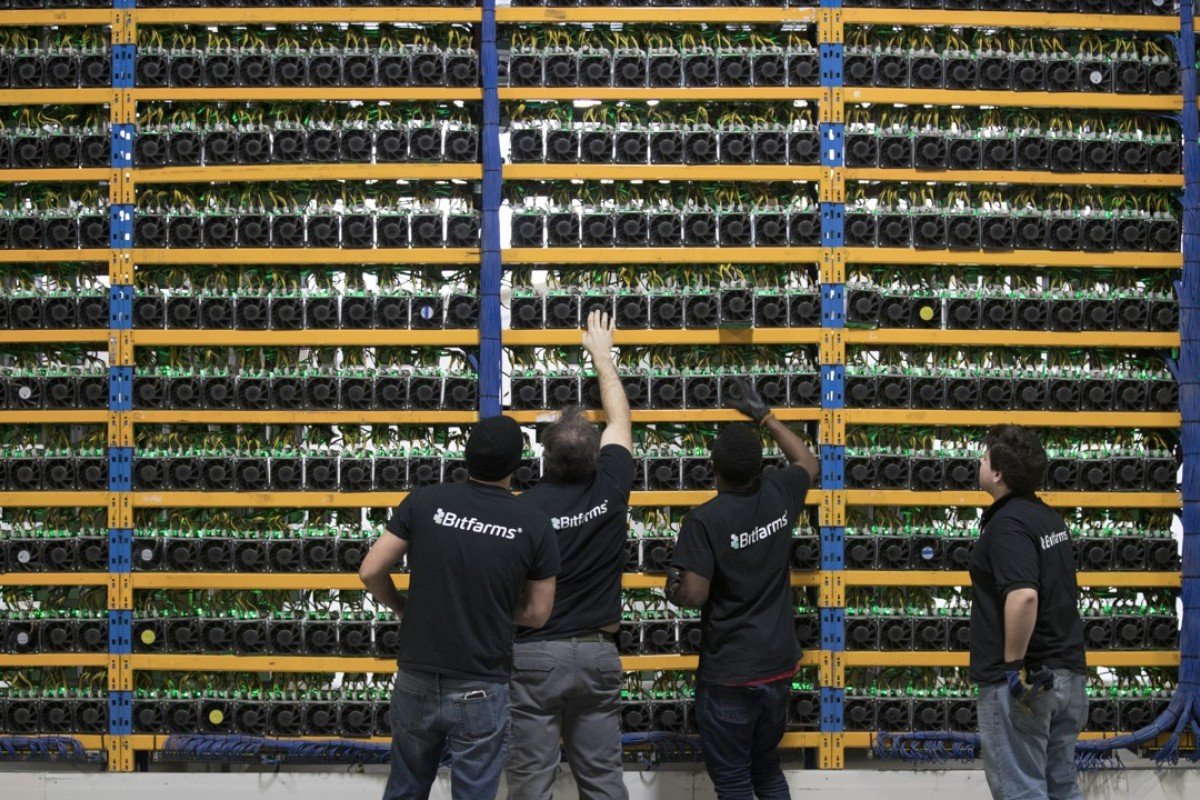 Bitmain, the leading crypto mining equipment manufacturer, has unveiled the king of BTC miners. The ASIC (Application-Specific Integrated Circuit) interacts with Bitcoin’s SHA256 algorithm. Colin Wu, an ex-Bitmain staff, took to Twitter to announce the release. Dubbed S19XP, Wu observed that it has a tremendous uplift compared to its predecessors. Confirming its former employee’s tweet, Bitmain unveiled the new machine at a crypto mining conference in Dubai.

The S19 XP can dispense 140 terahashes per second (TH/s) in computing power, making it the king of BTC miners to date. Apart from higher processing power, the machine operates at an enhanced efficiency.

For example, it consumes 8.0 joules less per terahash when pitted against its immediate predecessor, the S19 Pro. This translates to roughly 27 percent less for each terahash. Bitmain also claims that these benefits can be extrapolated to indicate an increased power output on a kilowatt-hour basis.

For instance, the crypto mining rig manufacturer holds that S19 XP users will be able to squeeze 37 percent more hash power per KWh. The device’s power supply has a rating of 3,010 watts.

The Antminer S19 XP Won’t Be Available Until Next Year

As per the announcement, the new king in the BTC mining industry will be availed to retail buyers in July next year. A few institutional Bitcoin miners seem to have already laid or are about to get hold of the S19 XP. Those selected include Greenidge Generation Holdings and Bitnile.

The executive chairman of Ault Global, the owner of Bitnile, was spotted during the Dubai crypto mining conference signing an agreement with Bitmain. According to Bitnile, the S19 XPs will be deployed in its data center in Michigan.

The company added that apart from increasing computing power on the Bitcoin blockchain, the king BTC miner will sit at the center of its future revenues.

Greenidge, on the other hand, hasn’t exactly disclosed where it’ll house its Antminer S19 XPs but said it’ll be either in Texas or South Carolina “at a facility to be developed.” Greenidge added that its shipment of S19 XPs is expected to arrive between July and August next year.

Gao added that the company “is manufacturing a limited edition” of the new BTC miner. Also, she said they’ll be “purchasing carbon offset credits” to offset “100%” the amount of carbon dioxide emitted during the rig’s production and its “first year’s operation.”

As we wait to see the actual impact of the Antminer S19 XP, Bitcoin’s hashrate has skyrocketed by roughly 42 percent within the last 90 days. Currently, the network is boasting of a hashrate of around 157 exahashes per second (EH/s).

Fourteen recognizable BTC mining pools are actively connected to the blockchain. “Unkown” miners account for slightly above 10 percent or over 16 EH/s of the protocol’s hashrate.

In the last 90 days, the hashpower seems to have been following the rise in Bitcoin prices. During this time, the total hashrate has risen by 42 percent.

In some instances, the hashpower topped 180 EX/s, making it 50 percent more difficult to mine the leading cryptocurrency. Coincidentally, since the mid-last month, the price of Bitcoin has largely maintained above 60,000 USD. 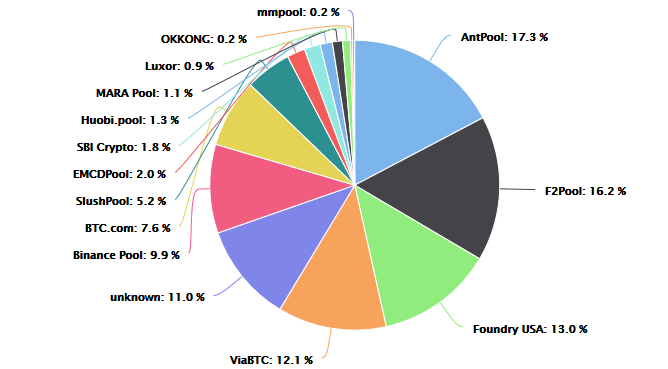 The fifth-largest hashrate comes from unknown or stealth miners who contribute 11.0 percent. Below the top Bitcoin mining pool are ten other pools cumulatively accounting for roughly 30 percent of the network’s global hashrate.

According to data from AsicMinerValue, profitable miners are pocketing between 34 and 45 USD in profits each day as per current BTC trading prices, mining difficulty, and an electricity cost of around 0.07 USD per kWh.

BTC mining rigs with the highest returns include Bitmain’s Antminer S19 Pro and the Microbt Whatsminer M30S++. Based on the same standards, Bitmain’s newest Bitcoin miner, Antminer S19 XP, would rake in approximately 58 USD each 24 hours using its 140 TH/s engine.