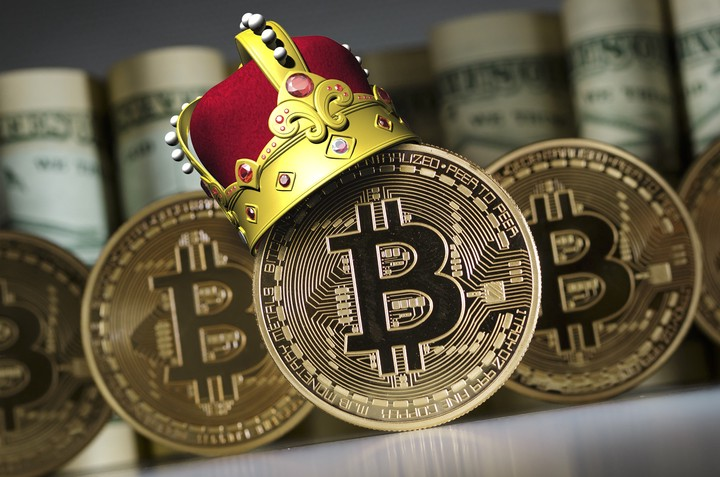 Bitcoin is currently trading at around $67k at press time. The largest cryptocurrency by market capitalization spent much of the time in big bullish territory to record new all-time highs but shed some value later on in the day. Altcoins on the other hand had a mixed day overall with several “legacy” coins reporting some strong price appreciation including Litecoin, Bitcoin Cash and Ethereum Classic itself. More on that later on.

In other news, Apple CEO Tim Cook has revealed that he has bought some crypto as a private person to make up a diverse portfolio. However, he categorically said that his own private investment into crypto had no relation to Apple’s official policy and they would remain unassociated with the crypto sector. This hurt Bitcoin’s chances a little to go as high as $70k earlier today.

OpenSea, the top Non Fungible Token (NFT) trading platform has continued with its dominance of the sector and reported a volume of a whopping $10 billion. The NFT outlet is currently seeing a lot of activity as the NFT craze gears up for its next phase.

The new all time high of $68.5k set yesterday is good news for the bulls as it means that the digital currency is on track to post as high as $98k by the end of this month. More on that later on.

The International Chess Federation has become the world’s first professional sports association to have its own NFT marketplace. FIDE, the association in question, unveiled a new NFT marketplace called ChessNFT. More details are awaited on this development.

Despite Bitcoin’s strong recent showing to record new all time highs, there hasn’t been much activity reported from whale accounts. According to analytics from Glassnode, whales are continuing to hold on to their existing stash and still manage to buy more. The amount of crypto on exchanges is also nearing record lows at 12,.9% which is another indication that big players are keeping their BTC close to their chests for now.

Bitcoin posted a new all time high of $68.5k earlier today. The digital currency, however, failed to go ahead to its anticipated resistance at around $70k. It may be wary of the giant sell wall that is supposedly around the $70k resistance that might trigger a price reversal.

The last 24 hours started with Bitcoin at around $65k. It traded sideways for a while before at midnight, the cryptocurrency began to rise strongly. In a swift move, it had gotten to $67.5k and then later posted a high of $68.5k. This is now the new all time highest valuation the digital currency has ever achieved in its history. However, what followed was a little bit surprising as the bears managed to pull the index back to $67k at press time. It was presumed that the next big resistance would be around $70k but that didn’t turn out to be accurate. A huge sell wall on Bitfinex around this valuation may have slowed down the bullish charge but we can expect another go at it in the near future.

Going forward, Bitcoin has set a new high and the bullish case is now stronger than ever. While the cryptocurrency may fluctuate a lot in the short-term, the next big target in the long-term is still $80k and then onwards.

The total market capitalization of Bitcoin was around $1.26 trillion and its share of the proceedings was 43.75%.

Other cryptocurrencies aka altcoins had a mixed day overall. While most of the crypto coins remained steady during the day, some older “legacy” coins showed great upticks. They include Litecoin (LTC, 18%), Bitcoin Cash (BCH, 11%) and Ethereum Classic (ETC, 12%). Litecoin in particular rose strongly and is near its 6 month highs.

Bitcoin on Track to Reach $98k

Bitcoin’s recent move above to record new highs of $68.5k may be a source of joy for long-term bulls. The cryptocurrency seems to be on track to post as high as $98k by the end of this month as predicted by PlanB.

Plan B, the creator of the Bitcoin stock-to-flow (S2F) model, predicted back in August that the digital currency would close that month at $47k, September $43k, then October around $63k and then November around $98k and December around $135k.

Now 3 out of 5 of his predictions have now been true for monthly closes. So, bulls can confidently look to new highs and see whether PlanB’s mammoth $98k prediction will hold true.