Altcoin investors had a lot of reasons to be happy over the past few days. The Bitcoin price has surpassed $50,000 again, and the market of alternative cryptocurrencies has reacted enthusiastically, with many coins and tokens that managed to reach new ATHs. Let’s take a look at the altcoins which were most successful this week

SHIB Comes Close to the Top 10 - Can It Surpass Dogecoin?

Shiba Inu (SHIB) is one of over 100 Dogecoin clones launched after the massive success Elon Musk achieved in pumping DOGE to become one of the top 10 largest coins. But now it seems like the days of Dogecoin in the top 10 are numbered - and SHIB might soon take its predecessor’s place.

SHIB was the best performing major altcoin of the past week by far, growing by over 372% and becoming the 13th largest coin in the ecosystem. Naturally, SHIB is a centralized meme coin with no utility or real life use cases, so the sudden spike in price was not caused by any technologic fundamentals. Instead, it seems like the massive jump in SHIB price was initiated by Elon Musk posting a picture of his shiba inu dog on Twitter, which was utilized by the Shiba Inu marketing team to get the #SHIB hashtag trending. 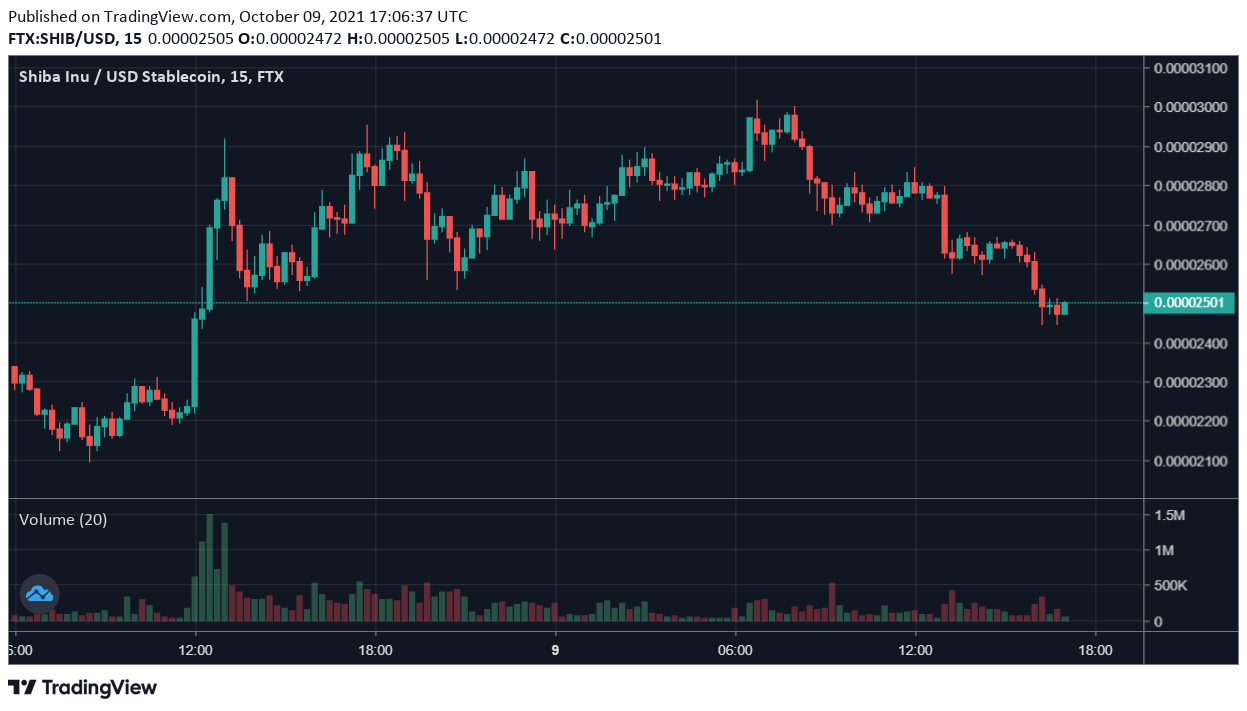 Axie Infinity (AXS) is the largest blockchain-based NFT game in the ecosystem. Two weeks ago, updates to the Axie Infinity in-game economy have managed to break the stagnation of the AXS price. This week, announcements about new Axie Infinity features have caused AXS price to grow by almost 65%, which makes Axie Infinity the second best performing crypto asset of the past week.

The Axie Infinity team has announced two new features. One of them is staking, which has already been launched and is being used by the AXS token holders to gain passive income. The other feature is the Axie Infinity DEX (Decentralized Exchange), which is still in development and has no official release date yet. 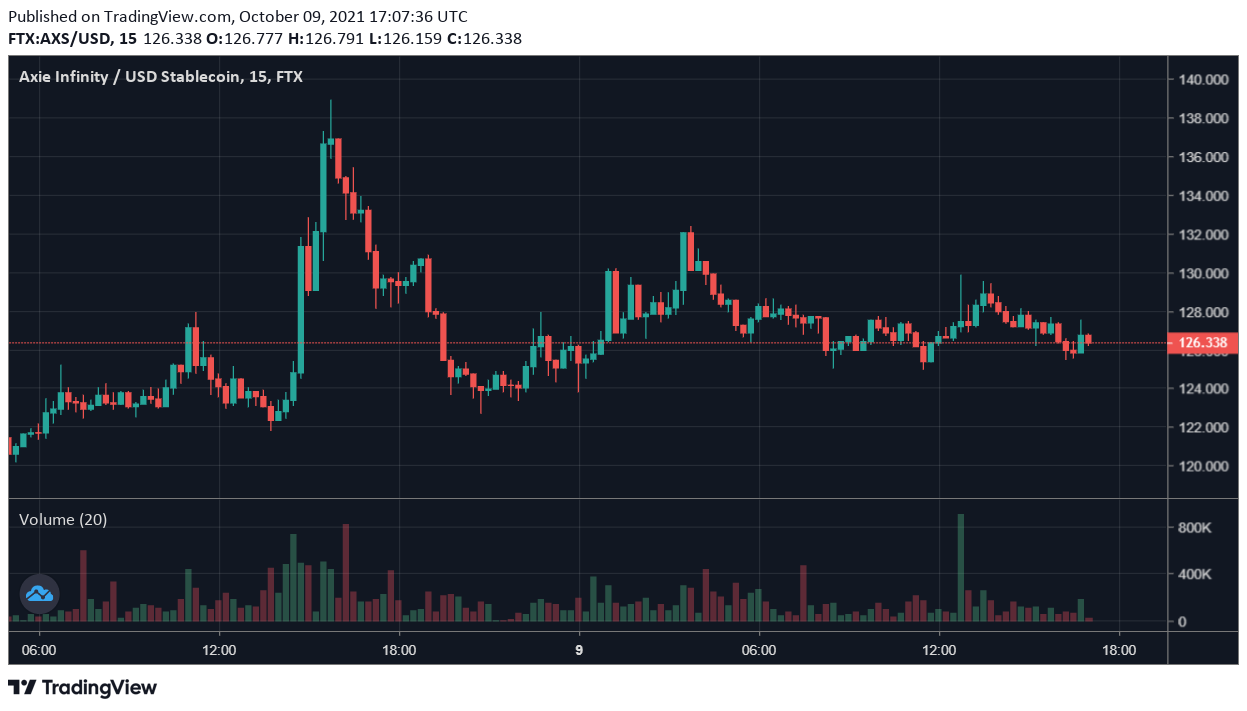 On Monday, the price of Terra (LUNA) reached a new all-time high of $49.45. Currently, LUNA is the 11th largest coin on the market, and is competing with assets such as AVAX and SHIB to become the next cryptocurrency to enter the top 10 list.

The main reason for Terra’s huge spike in valuation was the introduction of the major updates to the LUNA ecosystem. One of them is Columbus-5, which is basically a token burn mechanism which changes the LUNA tokenomics to a more deflationary model. The other one is Inter-Blockchain Communication (IBC), which is a cross-chain bridge allowing Terra to easily interact with the Cosmos (ATOM) blockchain.

The US-based company MoneyGram is one of the largest payment processors in the world. Up until a few months ago, MoneyGram was partnered with Ripple, though the full extension to which MoneyGram actually used XRP to process transactions is controversial. The underwhelming partnership between MoneyGram and Ripple was eventually terminated following the legal troubles of Ripple Labs with the SEC.

On Wednesday, MoneyGram has officially announced that its new crypto partner will be Stellar (XLM). The users will be able to connect their Stellar wallets to MoneyGram, and easily convert crypto for local currencies. However, the integration will first launch only in a select number of markets, with international rollout expected in 2022.

Although the ADA price managed to increase by 11.36% over the past 7 days, the week has not been good for Cardano investors. ADA fell out of the list of top 3 largest cryptocurrencies on the market, and was replaced by Binance Coin (BNB).

While the general outlook for Cardano still seems bullish at the first sight, there are underlying signals which suggest that ADA might be facing some problems. Specifically, the data regarding the inflow of institutional funds to Cardano seems very bearish.

The institutional interest in Cardano seems to be at a record low level, as only $2.6 million of funds from institutions were added to ADA over the past week - a massive decline from weekly institutional inflows of over $11 million in May.

Meanwhile, the Grayscale Digital Large Cap Fund which also holds Cardano has been underperforming as well - which may be another signal that institutional investors might soon start to look for more attractive alternatives to ADA.