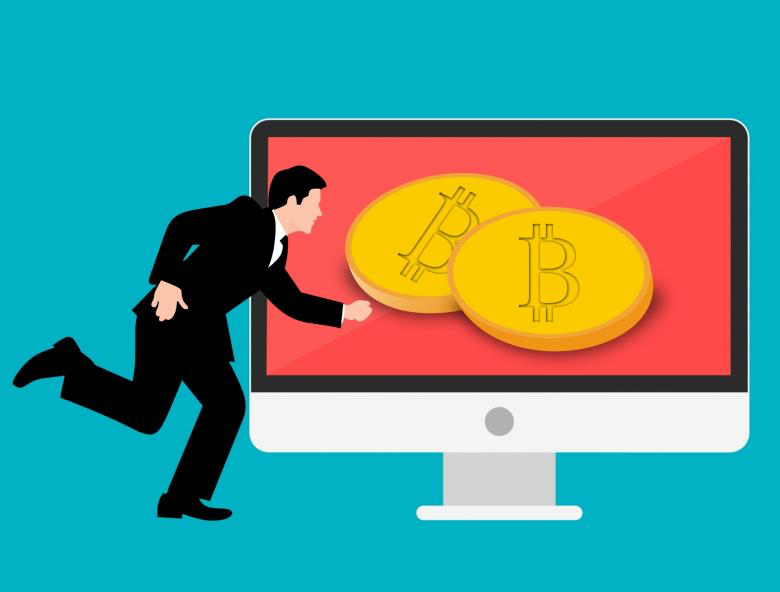 Bitcoin price came down slightly to $54k as the bulls consolidated above a $1 trillion market cap. The largest cryptocurrency by market capitalization rose to $55k yesterday and is now looking increasingly bullish in the immediate short-term but took a break early in the day. Altcoins on the other hand remained stagnant and have yet to follow Bitcoin back into the bull zone. More on that later on.

Major payment processing company MoneyGram has announced a USD Coin (USDC) stablecoin based payment settlement system employing the Stellar blockchain. The new move which is the result of a latest partnership will allow users to fund and withdraw USD from their accounts using the USDC stablecoin. MoneyGram is the latest payment services provider to integrate stablecoin payment settlements after VISA and MasterCard announced similar moves earlier.

A new study shows that crypto exposure in investments could have a positive impact on investment portfolios. Despite the high market volatility, the crypto exposure has proved to be very useful for several allocation strategies. More on that later on.

Some analysts including the inventor of the Bollinger Bands trading technique believe that the current move of Bitcoin above $52k is unsustainable in the short-term and the index might drop back because of it. John Bollinger who created the Bollinger Band theory is of the opinion that the investors should already start looking for an exit strategy. Much of this analysis is based on funding rates of crypto derivatives and short-term trading outlook but on-chain analysis still points to a long-term haul for the bulls.

Bitcoin had a relatively quiet day earlier today as it chose to consolidate its position rather than going for another move above. The digital currency is back above the key $1 trillion market capitalization but it may retest the bullish resolve around that figure.

The last 24 hours started with the index at around $54.8k. It went back above $55k immediately later in the night and went on to post a rise to around $55.5k. However, this was the highest valuation the cryptocurrency would have for the next 24 hours. After that, it was slightly downhill for the remainder of the time. At 11 AM in the morning, the digital asset began to fall back deeper and went below $54k in the process. However, no further significant gains were reported as Bitcoin then alternated between $53.5k-$54.5k for the rest of the day. At press time, it is trading at around $53.9k.

Going forward, Bitcoin is now consolidating its earlier gains and the bulls are taking a breather. The bears on the other hand have found a new target and that is the $1 trillion psychological resistance. Traders were hesitant to go above this level immediately because of its iconic dollar value and therefore remained quiet for the rest of the day. The bears are likely to challenge this valuation and then pose it as a big resistance before clawing back some losses in the index. However, the bulls are still above all key levels and can easily take back full control with another price pump above. A consistent move above $55k will damage the bearish hopes of a reversal.

The total market capitalization of Bitcoin was around $1.016 trillion and its share of the proceedings was 44%. 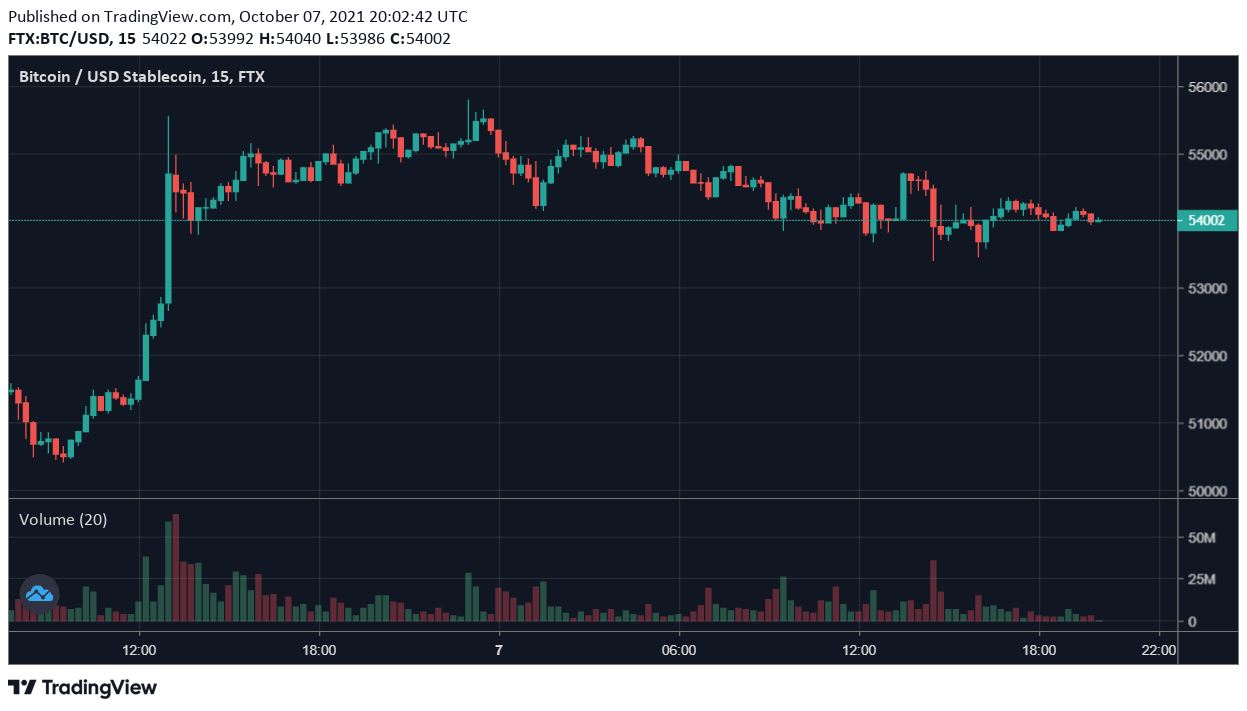 Other cryptocurrencies didn’t respond to Bitcoin’s progress above the key $52k even after 48 hours. Conventionally, the alts do respond strongly after a strong bull run but that didn’t happen. All major cryptos posted slight losses except for just a few. Terra (LUNA, 7%), an emerging new platform, was the only one among the top 20 to record a sizable price increase. 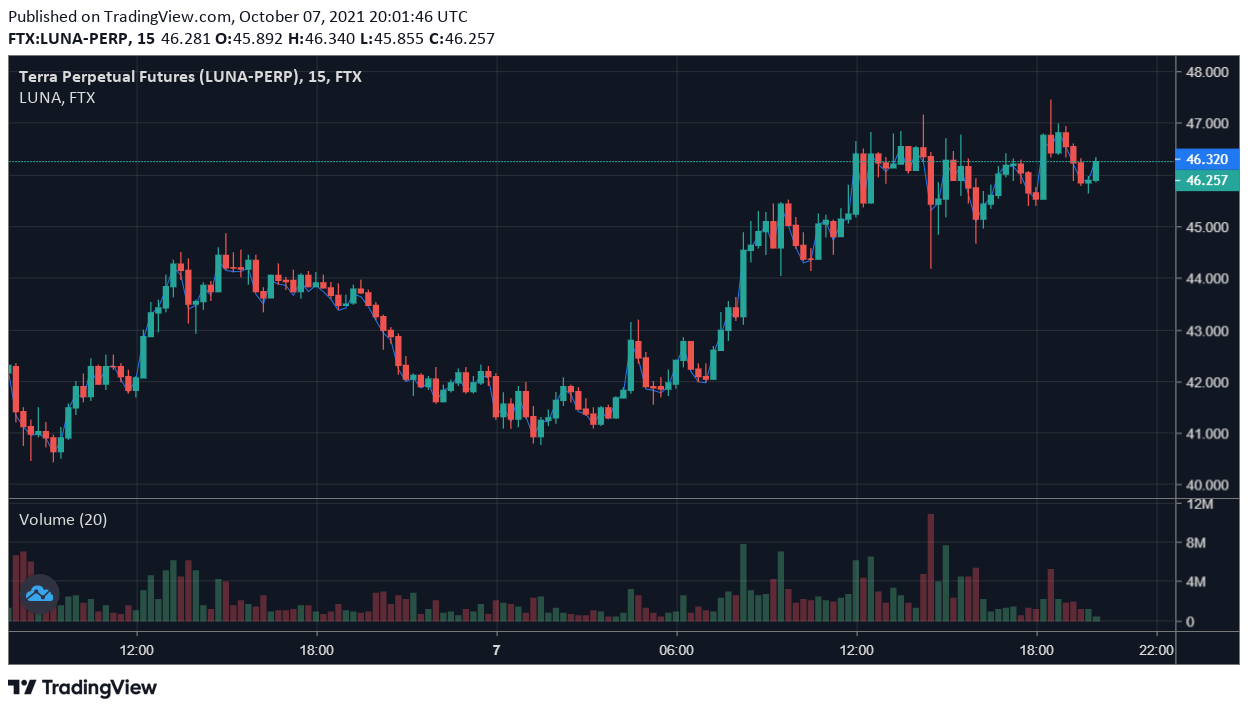 A study by crypto asset management fund Iconic Capital in partnership with Cryptology Asset Group shows that crypto exposure by investors and investing entities is overall quite beneficial. The crypto sector is also known to positively impact the portfolios even under multiple allocation strategies.

The detailed study chose to observe the risk/return conundrum across several popular allocation models if cryptocurrencies were added to them. They then compared the results to allocations models without any crypto holdings. The result as expected was in favour of the crypto-holding allocation models. This holds true even if the extremely volatile nature of the digital currency sector is considered. It is one of the reasons why experienced investors like Shark Tank’s Mr Wonderful, Kevin O’Leary has allocated around 7% of his portfolio into crypto even though he admits he doesn’t like the volatility at all.