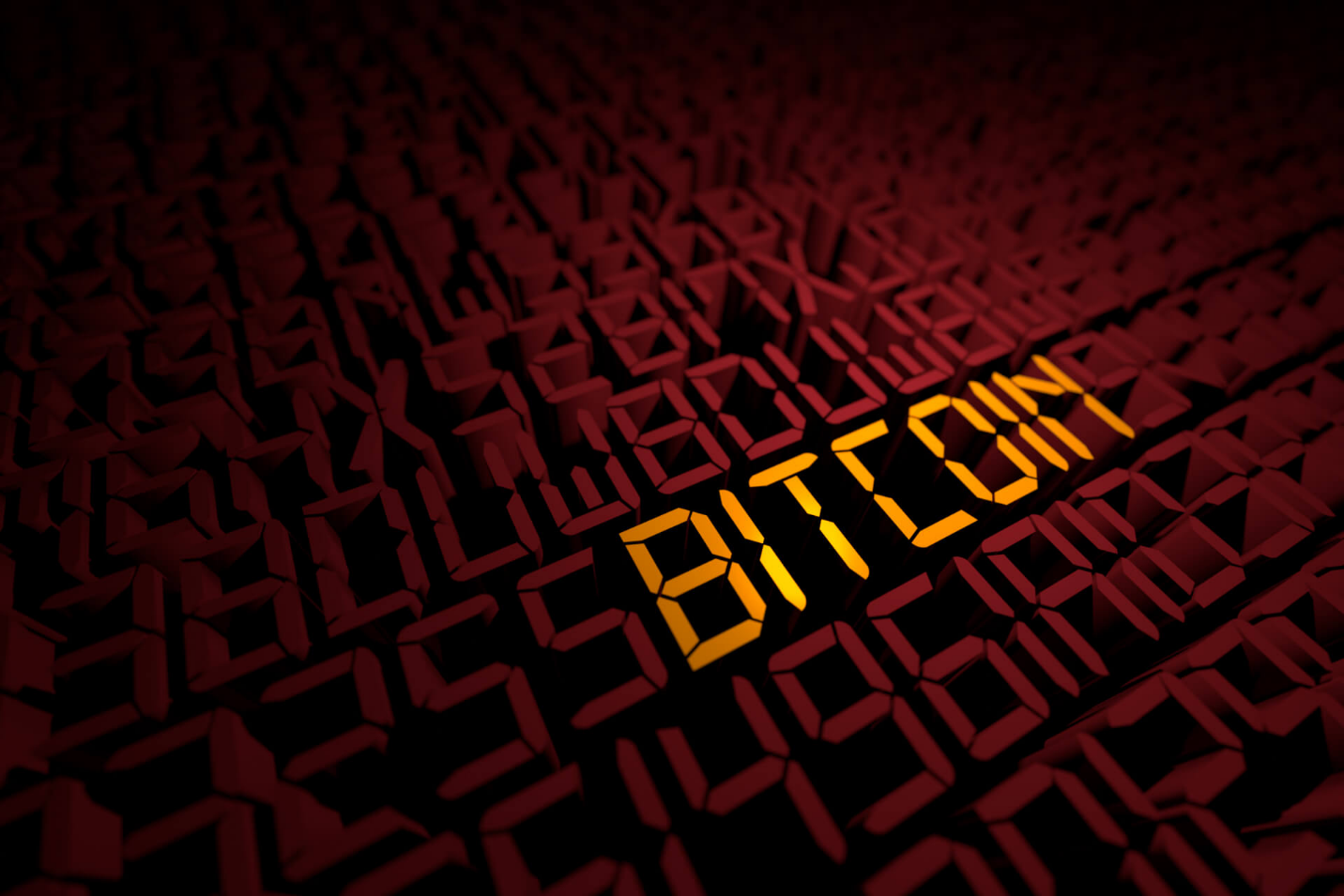 Bitcoin revisited lower support levels earlier today. The largest cryptocurrency by market capitalization had lost quite a lot of value yesterday and it continued the losing streak earlier in the day before recovering some later on. The recent downturn in crypto prices is being linked to unease in the stock market regarding Chinese company Evergrande’s financials. Altcoins on the other hand posted big losses of their own too. More on that later on.

In other news institutional investors are increasing their hoarding of Bitcoin and at a much smaller scale of altcoins as well. Top Bitcoin investment fund Grayscale has increased its Bitcoin holdings and is now in possession of more than $40 billion in Bitcoin alone. More on that later on.

The US state of Texas is emerging as the next big place for the crypto sector as over 37% Texas residents have stated that they would prefer crypto payments. That is a total of 10.8 million people who want these digital currency payments in one state alone. The state has also enacted several crypto-friendly regulations as well.

It is estimated that Bitcoin miners are currently sitting on top of a massive $600 million worth of Bitcoin since February of this year. Since then, the index has posted a new all-time high of around $65k and come down sharply below $30k before recovering to $42k in the most recent past. It is believed that many of these miners are holding on to their crypto to sell for a much larger sum in the near future as another bull run is expected.

The US SEC chair Gary Gensler has compared stablecoins to Poker chips. Speaking to the Washington Post, he was once again asked about cryptocurrencies and he doubled down on his earlier remarks. Previously, he had called the cryptocurrency sector the Wild West of the digital world. Now he said that stablecoins were the poker chips people in the crypto wild west use to make a bet. Gensler is a vocal opponent of speculation in the crypto market and may influence the government to enact tougher laws on the crypto sector.

Bitcoin revisited the crucial long-term level of $40k earlier in the day before recovering above it. The digital asset has had a very bearish couple of days as the index nosedived from $47k after failing to get to the target of $50k. Now the index is under heavy pressure from the bears who after many weeks seem to have some measure of say in the proceedings.

The last 24 hours started with the index at around $43.6. The index began to lose some value early on at 12:45 AM. It first went below $43k and then recorded a big downwards move that culminated with the index at around $40.4k. However, it did recover almost immediately back above $42k in no time and stayed there largely for the rest of the day. However, at around press time, the index began losing some value again and has moved below $42k slightly. Overall, the bears were once again the stronger side today and bulls could only do some damage control.

Going forward, Bitcoin is currently facing immense pressure from the bears who are looking to pull the index below key support levels and thus regain the advantage. While no major support has yet been breached, the bearish offensive has poured cold water on the immediate bullish setup and the latter will need to work diligently in the coming days to regain the advantage. Overall, the bears are looking to break the $40k barrier. While many stats point at accumulation and long-term HODLing, the price index is the ultimate metric and is quite bearish overall today.

The total market capitalization of Bitcoin was around $778 billion earlier today and its share of the proceedings was 42.25%.

Altcoins also had a largely bearish day with some weak recoveries in between. Solana (SOL, -12%), Polkadot (DOT, -6.5%), Uniswap (UNI, -9%), Ethereum (ETH, -7%) and Terra (LUNA, -10%) were among the biggest losers of today. The altcoins price tank may continue if Bitcoin’s price index cannot hold on to key levels. 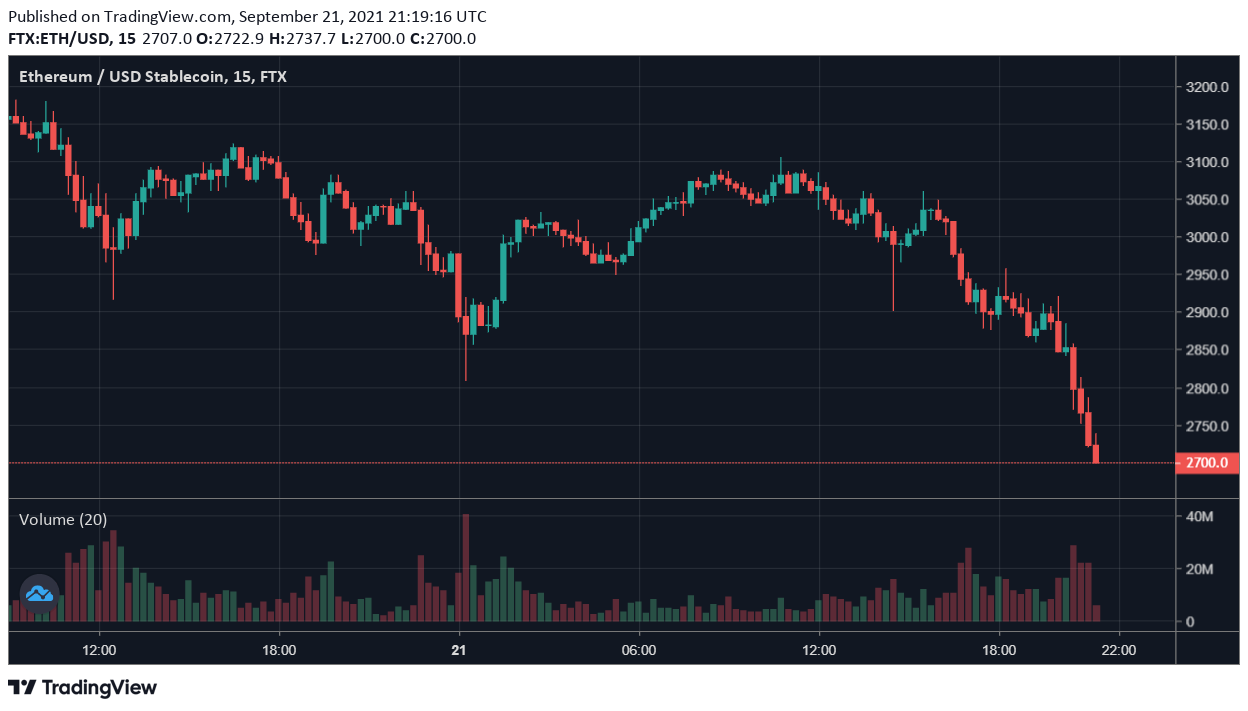 Despite the latest price tank and the overall losses during the last two days, institutional investment into the crypto sector keeps on increasing. 21Shares now has a massive $1.87 billion under management and is emerging as another big player in the sector.

Traditional heavyweights including Grayscale and Microstrategy have also made significantly big investments and both now control effectively a sizable percentage of the entire crypto sector alone (around 7%). Grayscale alone has over $42 billion in Assets Under Management (AUM) right now and they are showing no signs of decreasing their share despite several unlocking opportunities in the recent past. So, the overall trend is in long-term investment even with the recent price tanks but the question remains how long will many of these big investors wait before offloading some or all of their big investments?