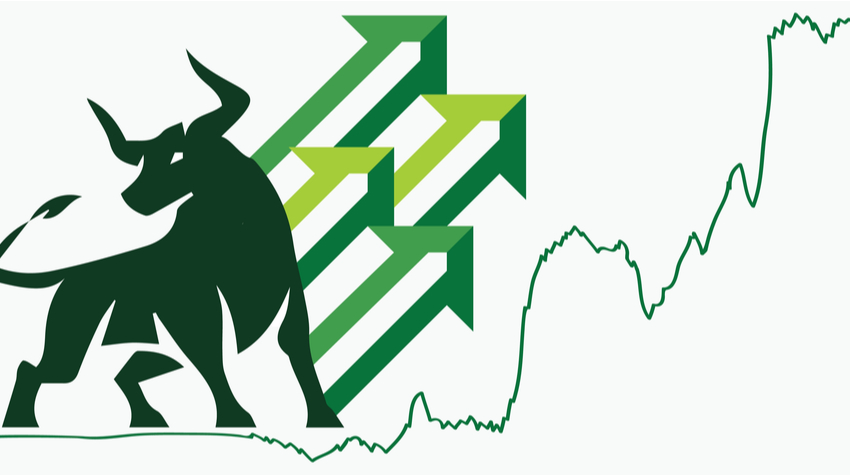 Plan B, the creator of the Stock-to-Flow (S2F) model, has stood by his earlier predictions. In his recent observations, he said that Bitcoin (BTC) reaching $64K wasn’t the end of this year’s BTC bull run. Last week, he retweeted a tweet he posted early last month.

Notably, the retweet was accompanied by the words “just to reconfirm this message from last month.” On July 2, Plan B observed that BTC’s bull market is only getting started despite the leading cryptocurrency losing more than 50 percent from its all-time high.

At the time, Plan B, who also operates under the @100trillionUSD account on Twitter, referenced his S2F model, which indicated that “this bull is not over and $64K was not the top.”

The Bitcoin supporter also indicated that Bitcoin will close this month changing hands at not less than $47K.

The retweet was one of the many documentations of Plan B’s S2F model since 2019. On the first day of this month, he noted that the trend was favoring the leading virtual currency because of an increasing realized capitalization.

According to him, the realized capitalization represents “the average price at which all 18.77 BTC” last changed hands. He added that BTC investors liquidating their assets are doing so at a profit, unlike “in May and June.”

The S2F and its updated version, S2FX (S2F cross-asset), focuses on scarcity and BTC’s issuance rate. These two factors are expected to push the king coin’s value higher over time.

However, others in the crypto space are skeptical of the return of a bull run. For instance, a Twitter user commented on Plan B’s retweet, noting that for BTC to resume an upward trajectory, it needs “to cross the 45K” something “that may not happen until mid to late” September.

Luckily, Bitcoin may not take that long to return to its glory after momentarily touching the $45K mark over the weekend. At the time of writing, BTC was trading at $45,785 and had a 24-hour low of $42,848.

Others were supportive of Plan B’s comments. For instance, @ming_yuh replied to @100trillionUSD, saying, “I like your approach. Stay calm and cool throughout these little pumps. Keep euphoria low, and don’t let the bears think for a moment there is reason to sell.”

As Plan B defends his BTC prediction, Gary Gensler, the US Securities and Exchange Commission’s chairman, considers Satoshi Nakamoto’s innovation to be real. While speaking at the virtual Aspen Security Forum on August 3, Gensler revealed his regulatory vision towards cryptocurrencies.

The SEC chairman started his remarks by quoting BTC’s whitepaper and the coin’s anonymous creator. Gensler said that Nakamoto’s “innovation spurred the development” of virtual currencies and the technology that underpins them, blockchain.

The SEC executive also noted that the asset is nearing a valuation of two trillion US dollars ($1.83 trillion).

Gensler said that before joining the SEC, he covered a lot about crypto and its technology while at MIT (Massachusetts Institute of Technology).

Due to his work at the learning institution, he “came to believe that” BTC creator’s “innovation is real,” despite the crypto ecosystem being covered by excessive “hype masquerading as reality.”

Nakamoto’s Innovation Is A “Catalyst for Change”

The executive added that the innovation is likely to continue being a “catalyst for change” in the traditional finance industry. Gensler also pointed out the difference between fiat and crypto.

According to him, “Nakamoto was trying” to come up with money that’s outside the control of traditional financial institutions like central banks.

Unfortunately, he noted that cryptocurrencies are yet to honor “all the functions of money.” For the SEC chairman, virtual currencies can be considered as extremely “speculative stores of value,” adding that they are yet to gain mainstream adoption as an accounting unit and “as a medium of exchange.”

Despite all the praises on BTC and the technology behind it, Gensler pointed that crypto is mainly being used to circumvent laws meant to prevent money laundering “sanctions, and tax collection.” He added that crypto assets are powering “extortion via ransomware.”

On cryptocurrency regulation, the SEC executive noted that he’s “anything but public policy-neutral.” Gensler explained that this entails protecting financial stability, consumers, and investors. It also involves “guarding against illicit activity.”