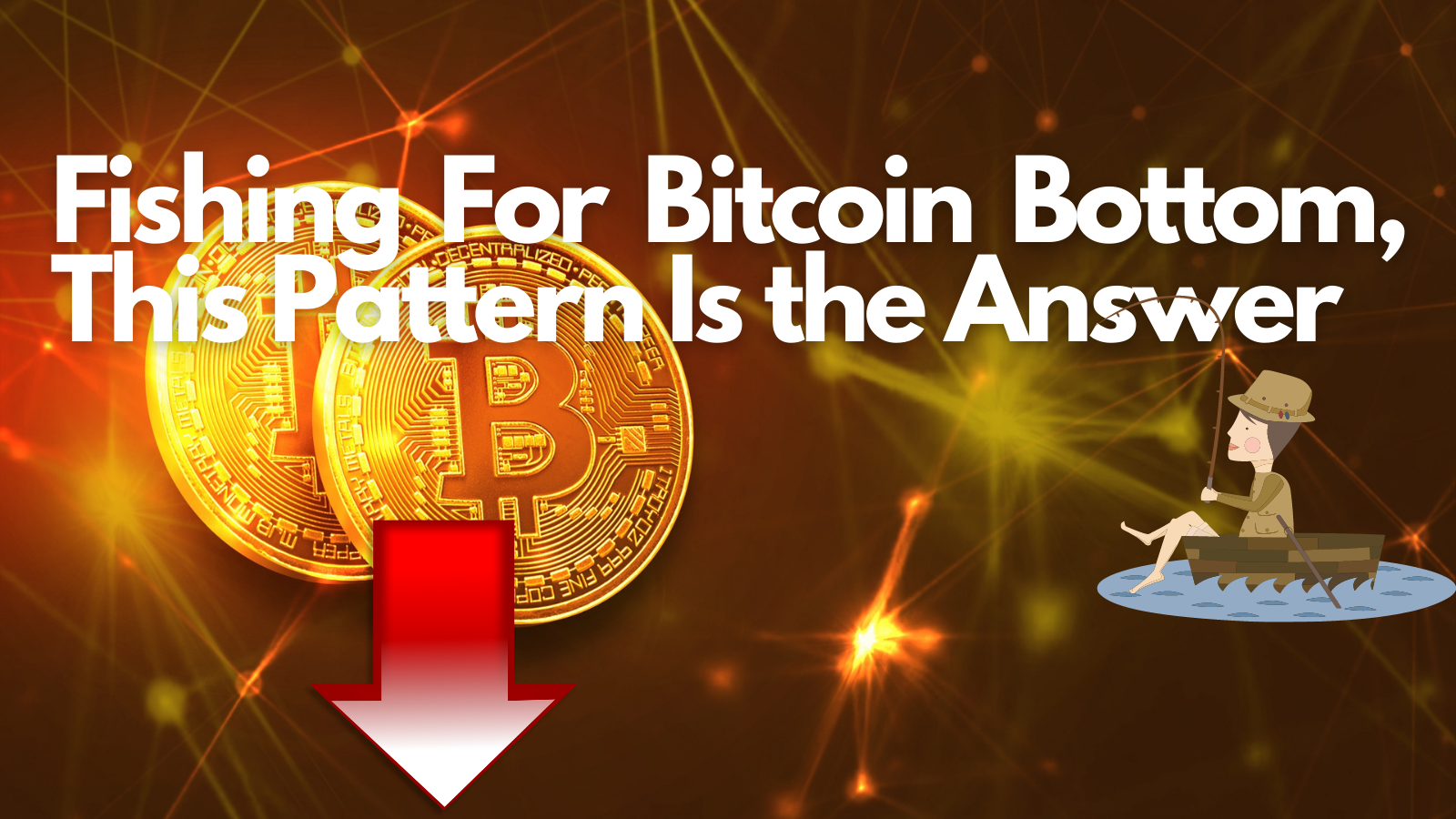 Bitcoin (BTC) price has continued its downward trajectory recording its longest-ever weekly losing streak breaking below multiple key support levels. To the untrained eye the steep decline seems to have no end in sight because when we’re in a free fall, the grip of fear often clouds our judgment.

However, the current pattern that is in play on the Bitcoin daily chart says that there is light at the end of the tunnel. While most traders want the pain to end as soon as possible, the market price is often moving on its own timeline.

So, throughout this analysis, we’re going to explore both the short-term and the long-term outlook for Bitcoin and when we can expect the bottom to be put in place.

In the short term, according to the Elliott Wave analysis, the sell-off from the November 2021 all-time high is unfolding as a zig-zag pattern, which is regarded as a corrective price structure. Zig-zag patterns are a 3-wave ABC price structure where the first and the third waves have a 5-wave internal structure.

Wave A finished at $33,000 – the January 2022 low with the decline from the November 2021 peak having a 5 wave internal structure. The subsequent rally that ended with March 28 high peak marked wave B. The pullback in wave B unfolded in 3-wave corrective move.

The current sell-off from March 28 high is part of bigger wave C, which again ce be seen as having a 5-wave internal structure.

If we compare the internal structure of wave A and wave C, they look extremely similar and we can note a fractal pattern in play. While both wave I and ii looks very similar, in both instances wave iii ended with a “spiked” bottom; and if wave v of C follows the same path as wave v of A we should see a drop equal to 36% from the Wave B peak, which puts us near $20,500.

The $20,000 big psychological number is another big level that will trigger a lot of volatility 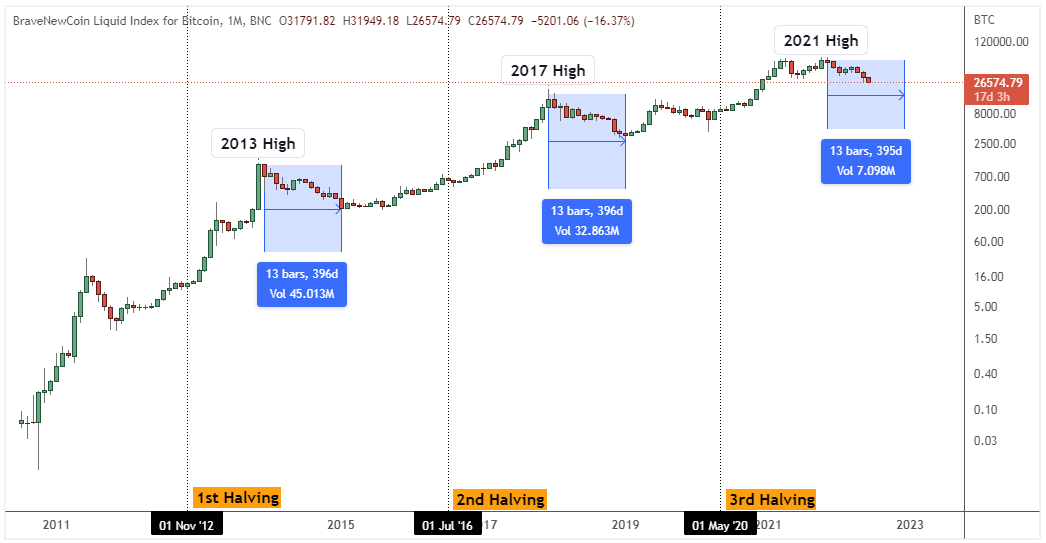 If history is any indication, the current sell-off from the all-time high of $69,000 can extend throughout the entire year. If we track the 4-year halving cycle we can note that the correction that followed after we hit a new all-time high lasted for 13 months before the low was set in.

If history repeats itself, in December 2022 we hit the 13 months correction mark when we can potentially see a bottom.

In summary, in the short term, the current sell-off can extend all the way down to near the $20,000 big psychological number. However, the 4-year halving cycle suggests that we’re not out of the woods just yet. Time-wise, Bitcoin can bottom by the end of the year, but these are just guidelines and we need to closely monitor the price action for any deviations from the current fractal model.