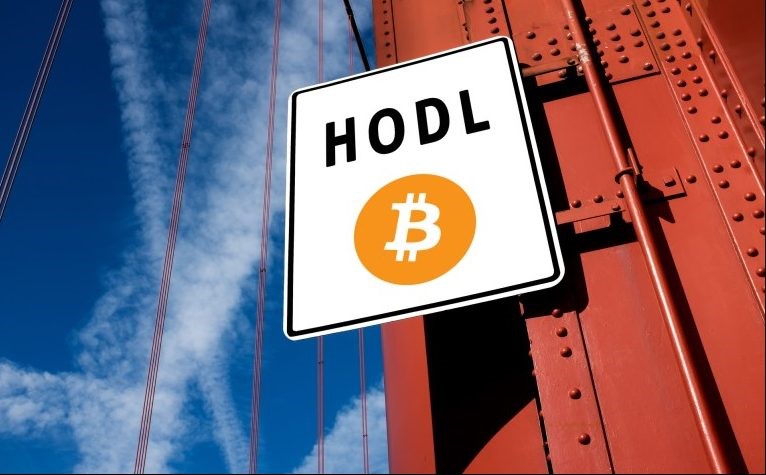 Bitcoin is currently hovering above $41k as the index reported some modest gains over the last 24 hours. The largest cryptocurrency by market capitalization is looking at the big $45k resistance ahead and that is causing its recovery to slow down in the buildup. Altcoins on the other hand posted small, mixed gains during this time. More on that later on.

In other news, Ukraine’s largest commercial bank PrivatBank has stopped users purchasing Bitcoin through its national currency, the Hryvnia. More on that later on.

The government of the small Middle Eastern country of Qatar is exploring digital banks and how Central Bank Digital Currencies (CBDCs) can be used in the near future. The oil-rich nation, like others in the Middle East, is looking to expand to other horizons and the government there is considering blockchain technology as a particular sector of interest.

A recent report by Arcane Research shows that Bitcoin miners are HODLing more and more Bitcoin and relentlessly expanding their mining operations. The North American miners are especially looking to do this as their share of the global market expands to new highs. Investors are also heavily involved with these mining companies are many are now looking at Bitcoin as an asset to hold on to and grow in the long-term.

An anti-trust regulator in Australia has taken Meta (formerly Facebook Inc.) to court for airing fake crypto adverts in the country. The Australian Competition and Consumer Commission (ACC) allege that the social media giant engaged in false, misleading and deceptive crypto adverts including celebrity crypto ads that turned out to be scams.

GameStop, the company behind the massive anti-shorting move by Redditors in 2021 is looking to new avenues after a big Q4 loss for the same year. The video game company is looking to develop and deploy an NFT marketplace and it is betting big on such a move in future projections.

US lawmakers have introduced new bills that require cryptocurrency exchanges to freeze assets and wallets belonging to Russians. Representative Brad Sherman introduced this bill and is looking to target American individuals and businesses still doing business with the Eastern European country and its banks using crypto. However, not all crypto exchanges have agreed to this move with Bitfinex openly going against it and instead offered to block Russians who have been put on sanctions list only. This may result in a near future showdown with the US government.

Bitcoin underwent a small price rally earlier in the day that continued on late into the day. The cryptocurrency is trying to regain lost bullish momentum but has been largely sluggish below key resistance levels.

The last 24 hours started with Bitcoin at around $40.7k. It traded sideways for a long time. It wasn’t until 4 PM in the afternoon that the bulls began to make a move. The index has since touched $42k and is trading around the valuation now. So, the cryptocurrency goes into the weekend on the back of a small recovery above $40k which is a slightly bullish sign.

Going forward, Bitcoin’s latest price increase is not that significant at the moment as the index remains below the key $45k resistance. The market has identified this level as the resistance to look forward to, if any chances of rekindling the long-term bull run are there. However, the cryptocurrency has rejected this resistance thrice in the last few weeks and is once again stalling at that level. So, if things continue like this and no real challenge of the resistance appears in the horizon, the bears can immediately come into play and bring the crypto back below $40k in no time.

The total market capitalization of Bitcoin was around $785 billion at press time and its share of the proceedings was 43.21% according to TradingView.

The Ukrainian government has decided to go after Bitcoin purchasing in the country against the local fiat currency. As a result of this move, some top Ukrainian banks have started disallowing the service itself.

The move comes after the central bank of the country identified huge pressure from the crypto sector in inflating the local currency and flight of capital from the country. Top cryptocurrency exchanges have started to adapt to this decision and Binance has advised its Ukrainian users to make use of the P2P service rather than using bank accounts directly to make purchases.