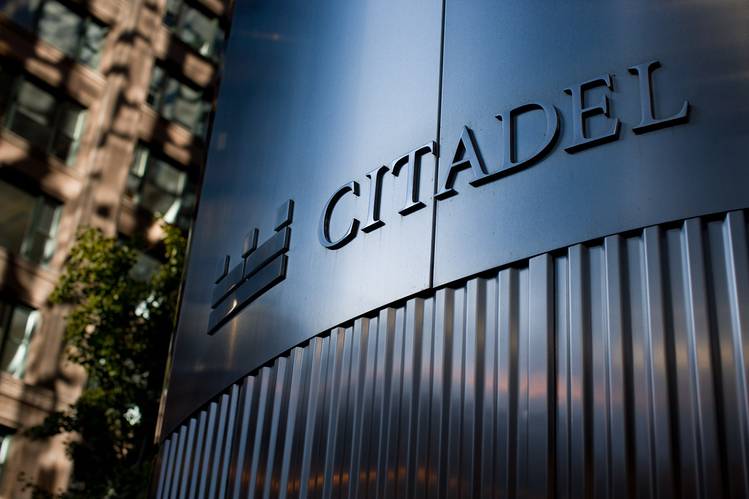 Citadel, a leading hedge fund, has disclosed plans to enter the crypto market in 2022. Its founder, Ken Griffin, told Bloomberg Wealth that markets are currently highly volatile due to the ongoing Russia-Ukraine conflict. In 2018, the Citadel executive advised the young generation against investing in cryptocurrencies such as Bitcoin (BTC).

According to Griffin, we should expect Citadel in the crypto space “over the months to come.” The announcement indicates a U-turn from the firm’s stand about crypto since 2017.

At the time, the executive said that the leading cryptocurrency exhibits “many” characteristics of “the tulip bulb mania.” In other words, BTC was a bubble, and it was a matter of time before it bursts.

The king coin was changing hands at roughly 10,000 US dollars when making the comments. According to Griffin, the tumbling down of such bubbles is accompanied by massive losses.

Interestingly, the Citadel founder admitted to Bloomberg Wealth that his observations at the time were inaccurate. He added that virtual currencies are among the “great stories” in the finance ecosystem in the last 1.5 decades.

With a $2 Trillion Market Cap, I was Wrong

Supporting his current stand, Griffin referenced the crypto market’s valuation of “about $2 trillion in round numbers,” which clearly shows he wasn’t “right on this call.” However, he said he still has doubts, although “millions of people” globally see no reason not to dive all in.

One of the ways Citadel is looking to interact with the virtual currency space is by “being a market maker.” Currently, the hedge fund focuses on hunting for profits for its partners through an in-depth analysis of global markets. Griffin wants to expand the firm’s scope to include crypto.

Two months ago, Citadel Securities received investments from Paradigm Capital and Sequoia Capital, two leading crypto-focused firms. After the 1.15 billion US dollars from the two firms, the hedge fund reached a valuation of 22 billion USD.

Griffin’s change of heart concerning crypto is surprising, considering that in November, he said that some cryptocurrency investors have misplaced “passion.”

Despite his comments, the Citadel executive has in the past said that cryptocurrencies powered by the Ethereum blockchain are likely to send the leading crypto into the shadows.

As the billionaire investor abandons his crypto fears, Samson Mow has vowed to make mass BTC adoption “happen faster.” Mow disclosed his plans when leaving Blockstream, where he has served as CSO (chief strategy officer) since 2017.

Through his Twitter account, Mow revealed he will still hang around but as a “BlockstreamSpy.” In a tweet, he said that March 1 marks his “last day with Blockstream.” Some of his accomplishments vary from “sidechains, to mining, to satellites.”

Although he revealed he’ll concentrate more on Pixelmatic, a company specializing in game development, he said his ultimate goal is to ignite “nation-state Bitcoin adoption.”

According to Mow, El Salvador moving deeper into Bitcoin “and more countries” pivoting towards the leading cryptocurrency makes 24 hours in a day “no longer enough anymore” for him. As such, Mow believes it’s “time to move on,” considering Blockstream already has enough capital and it’s “in a very good place.”

He added that BTC is likely in a “pivotal point” closer to mass adoption. Mow believes he can make the mass BTC adoption “happen faster.”

The ex-Blockstream CSO has been involved in El Salvador’s plans to build a BTC city that targets to harness the country’s geothermal power to drive Bitcoin mining rigs. Mow noted El Salvador will be a global “financial center” when the king coin hits one million USD per coin.

Russia Not Likely to Use Crypto to Evade Sanctions

Mow revealed he’ll not completely abandon Blockstream, saying that he’ll continue promoting Liquid, a settlement network developed by the company. Explaining his decision, he said that Liquid is a key component in reforming the conventional financial ecosystem.

In other news, crypto policy experts have expressed their skepticism about Russia using cryptocurrencies after sanctions blocked major Russian banks from using SWIFT, a global interbank messaging system. According to them, the crypto market doesn’t currently have the volume needed by Russia. Also, the country’s crypto space is underdeveloped.

Jake Chervinsky, an executive at Blockchain Association, a virtual currency advocate, observed that those fearing that Russia will evade sanctions through crypto “misunderstand: how sanctions work, how crypto markets work, [and] how Putin is actually trying to mitigate sanctions.”