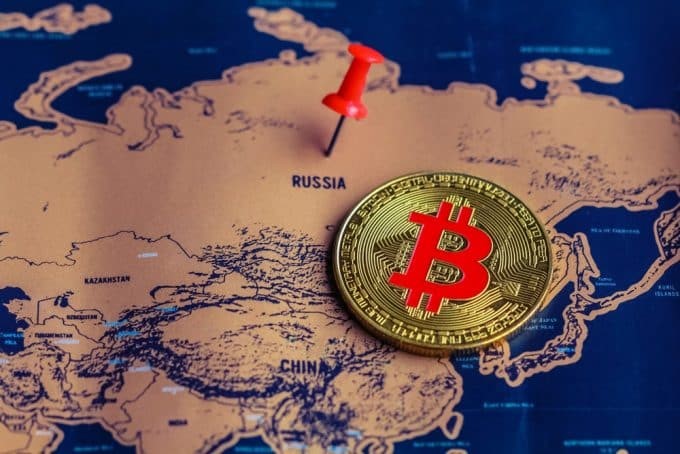 Bitcoin had a wild day in the market as first it dropped a lot of value after the news broke regarding the Russian military invasion of Ukraine. At first, it dropped considerably in value, reporting losses of as much as 10% at one point. But, at the end of the day, buyers quickly came back into action and now we are well above the starting valuation of $38k. Altcoins on the other hand posted even bigger wild swings than Bitcoin itself. More on that later on.

Twitter users, especially Bitcoin proponents have been active in the last 24 hours to come up with ways to possibly help the Ukrainian forces and civilians against Russian aggression. One eager user came up with the idea that the Ukrainian forces could be given further funding with Bitcoin. However, lack of digital currency funding is probably not the biggest problem the country is facing at the moment, but perhaps an imbalance of military might.

The Dogecoin founder who has no current stake in DOGE or any other meme digital currency has come out against the growing meme cryptocurrency scene. Billy Markus, who created the coin back in 2015 by changing the font on the Bitcoin code and starting his own network just for the laughs now sees no reason why meme coins should exist. Markus famously bought a used civic from all of this Dogecoin stash and walked away a few years back.

The tiny Pacific island of Tonga is continuing on its trajectory to declare Bitcoin as legal tender in the country. The country was affected badly in a recent underwater volcanic activity in the Pacific Ocean. But even with its problems, it is looking to go ahead with the move as it sees big benefits with the sector that can help the isolated island.

The Chinese Supreme Court has added digital currencies to the list of illegal fundraising methods as the country further cracks down against the sector. The updated list was released by the court earlier and was geared at combating crypto-based fundraising methods.

A top Russian politician has indicated that the country might confiscate foreign currency stashes of private citizens within the country if it has to as the local currency plunged more than 15% in a single day. Russia is being hit by crippling sanctions around the world. There are as much as $750 billion in assets of the Russian people that the government can tap into but that would be a bad precedent.

Canadian Prime Minister Justin Trudeau has ended the use of emergency powers in the country. The desperate authority was sought by the government after it failed to end the truckers' protest in the capital. Bitcoin came into the spotlight during these protests as an effective manner of payment even as Trudeau froze the truckers’ assets in banks.

Top engineering institution BNY Mellon is partnering with analytical website Chainalysis to help track users’ transactions. The demand for such a system is very high at the moment and we could soon see an advanced version in the near future that can track transactions in real-time.

A top hedge fund’s report states that cryptocurrency prices are relatively inexpensive at the moment, meaning they could increase considerably in the near future. The report was from Pantera Capital.

Bitcoin Drops Below $35k, then Recovers Back to $39k

Bitcoin had a volatile day overall as the market gave extreme mixed reactions to the Russian invasion of Ukraine. At first, the index dropped heavily, then recovered steadily and eventually became slightly bullish at the end of the day.

The last 24 hours started with Bitcoin at around $37.8k. It traded sideways for a short while before it started to drop in the early hours of the morning as Putin announced the move to attack Ukraine from multiple fronts. In a matter of a few hours, the index had reached a multi-week low of $34.5k. However, the index didn’t fall further and made some recoveries. Just before press time, the index had recovered slightly back above $37k in a steady recovery. However, during the writing of this piece, Bitcoin suddenly rose abruptly and is now trading well above $38.7k at press time.

Moving forward, Bitcoin is witnessing a big contest between the bulls and the bears. The reason why the situation is tense is because they can’t agree on whether the Ukraine war is a bearish or bullish event. Since the markets mostly fell, it is a bearish issue for many assets but bulls argue that the worth of safe havens has increased including Gold itself. So, The two are expected to tussle it out in the near future. If bulls manage to pull the index above $40k in a swift move and keep on rising, it could be a great day for them.

The total market capitalization of Bitcoin was around $738 billion and its share of the proceedings was 43%.

Other cryptocurrencies aka altcoins posted big losses earlier in the day before slowing down near press time. However, they didn’t rise above their starting lines mostly and remained relatively weak in the face of the sudden BTC price reversal. Big losers included Ripple (XRP), Cardano (ADA), Dogecoin (DOGE), Shiba Inu (SHIBA), Polygon (MATIC), Cronos, and Litecoin. Most of these posted double-digit losses before later recoveries.