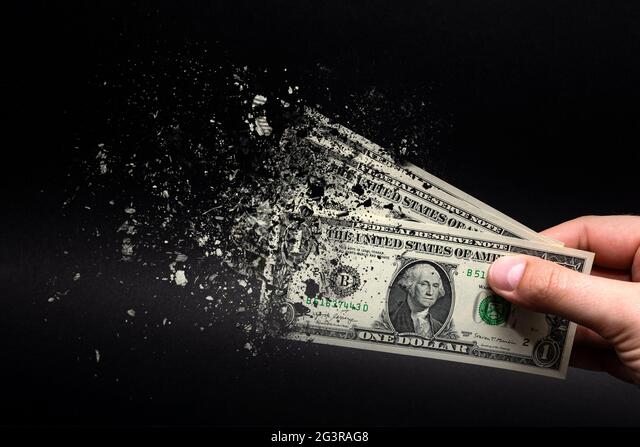 Bitcoin has shed some value and is now trading around the $40k support level. The largest cryptocurrency by market capitalization failed to make a move to $45k and that has brought the bears back into the picture. Altcoins on the other hand posted mixed losses of their own. More on that later on.

In other news, US inflation analysts posted a depressing picture for fiat currency as the figure has now risen to 40-year-old record levels. This was reported by the US Labor of Statistics a few days ago and the new Consumer Price index (CPI) is now well above 7.5%. Many Americans are now rushing to get into inflation hedges like Bitcoin. More on that later on.

The US state of Wyoming has introduced legislation in the state legislature regarding a state-level stablecoin. While there is no current information on whether or not the bill will pass, it does seem like a good place to start for the state. There is an added issue of whether the US treasury will allow such a move to be executed as they are the primary managers of the USD fiat currency.

Various big holders of Ripple’s XRP token have scooped up massive amounts of digital currency in the last few months. Big whale addresses with more than 10 million in XRP holdings have witnessed a spike of 76% during the last two months alone. A massive amount of $712 million was added to these addresses according to the latest price of the digital currency. While the whales are optimistic, Ripple, the parent company is still embroiled in a considerable legal challenge with the US SEC. It may take some time for the dust to settle here before the coin can go on a bullish offensive like the last bull run in 2017.

Chinese authorities have sounded alarms around the whole metaverse concept. According to the Chinese Banking and Insurance Regulatory Commission, the sector is attractive and deceptive where users are prone to losing money. China has banned the crypto sector almost entirely within the mainland and believes in state-sanctioned digital currencies only like a Central Bank Digital Currency.

Major investment bank JP Morgan is leading research to develop a quantum computer-resistant blockchain technology. The new emerging tech is called Quantum Key Distribution and could become the backbone of decentralized ledgers in the near future. However, the threat of Quantum Computing to blockchains is currently way overblown, and none of the current models can possibly hack into the Bitcoin network.

According to the CEO of Blockchain venture fund Pantera Capital, crypto is the best place to invest in assets ahead of the possible Federal Reserve rate hike. The move is expected from the top banking regulator in the US after inflation broke 40-year records in the country.

US President Joe Biden is expected to sign an executive order regarding digital currencies and CBDCs by next week, according to Yahoo! Finance. The move is expected to be a part of the government strategy to deal with the rising tide of these digital assets.

Bitcoin suffered a minor pullback yet again earlier today. The cryptocurrency is now back on defence mode after failing to make an uptick earlier on in the week.

The last 24 hours started with Bitcoin at around $41k. Immediately at around 10 PM last night, it started to drop its value. It immediately brought the index back to the $40k support level. The cryptocurrency has largely stayed around the valuation for much of the day with minor forays below the key $40k support.

Going forward, as expected, the bears have brought the index back to $40k and we can expect a major clash between the two around this level. The bears are currently satisfied with their move and aren’t looking to rush things forward while the bulls are on the defensive big time and need to keep the index above this level to make a case for a bullish move in the coming weeks. They might end up recovering the index a little but that won’t be nearly enough for the scene.

The total market capitalization of Bitcoin was around $760 billion and its share of the proceedings was 42.5%.

The official US CPI hit as high as 7.5% according to official Labor Department statistics. This means that people are now desperately in search of hedges against inflation. While historically, GOld has played that important role, Bitcoin and other digital currencies are also playing a big part this time around. The value of Gold has been stable with respect to USD for more than a year and that has given BTC an opportunity to shine.

Still, this is unchartered territory for all of us including the crypto enthusiasts, the Gold bugs, and fiat currency proponents. While Bitcoin has done well, it hasn’t faced a challenge like this in its 12-year-old history. The last time inflation was relatively high was back in 2008-2009 in the global recession but Bitcoin wasn’t around or in the very early stages of development. So, there is a new inflation hedge in town. It remains to be seen how well it performs especially at the relative end of its bull run.