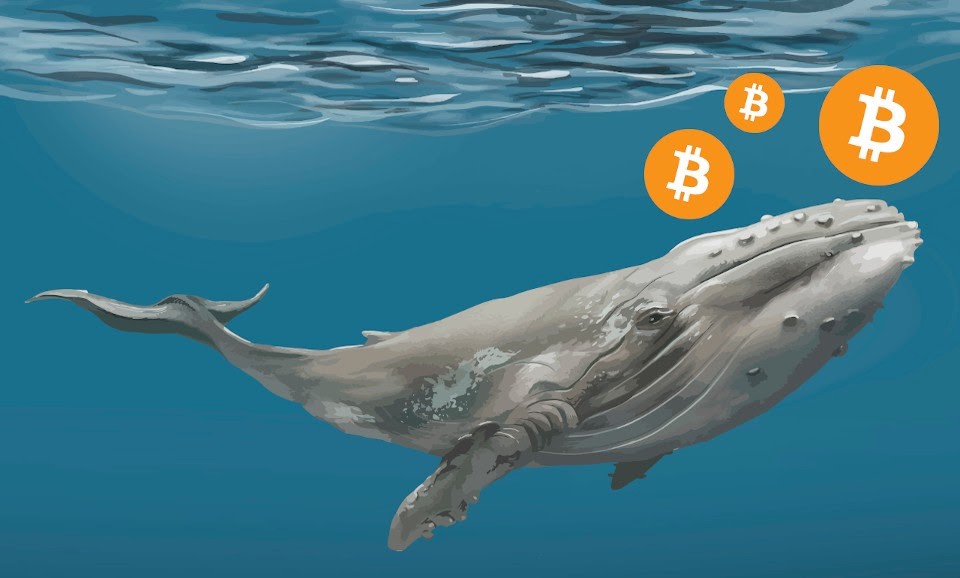 Bitcoin’s price index corrected itself again earlier today as the index dropped to $43k. The largest cryptocurrency by market capitalization was looking to make a move above $45k but the bears have pulled it back for now. Altcoins on the other hand also posted losses, many of them higher than Bitcoin’s. More on that later on.

In other news, after the recent recovery in its price index, Bitcoin is seeing increased activity from the whales aka big holders. The number of addresses holding more than 1,000 BTC has risen in recent weeks. More on that later on.

The world’s oldest Bitcoin mining pool “Slush Pool” (now Braiins) has now successfully mined over 1.3 million Bitcoin. The project was started back in 2010 when the cryptocurrency was worth less than 10 USD. Fast forward 12 years, the cryptocurrency is worth more than $40k and the pool is still going strong despite being renamed. Mining rewards have also dropped considerably since this first pool was established and competition in the sector has gone through the roof.

The latest data from the US Labour Bureau states that the Consumer Price Index (CPI) aka inflation is now 7.5%. The crypto community was swift to respond to this news and many analysts predicted a considerable rise in the cryptocurrency’s worth following this news. US politician Jo Jorgensen also expressed her excitement to be involved with Bitcoin in these inflationary times.

An ultra-rare 555 carat diamond with traces of meteorites has been sold for $4.5 million in cryptocurrency. The diamond is among the most famous in history and has baffled scientists considerably. It was estimated to be around 1 billion years old. There is a considerable rise in rare collectibles being sold for Bitcoin. Colin McRae, the deceased famed rally driver left a rally car that nobody knew about and it was finally auctioned for a massive $360,000 in September 2021.

The Massachusetts Institute of Technology (MIT) and a local chapter of the Federal Reserve in Boston have joined hands to conduct a small test run of a USD Central Bank Digital Currency (CBDC). However, the tested blockchain architecture was deemed not a great match for the purpose and the research will continue to find a better alternative.

The Ontario government in Canada is freezing fiat donations to the truckers convoy that is blocking major trade routes with the US and occupying the capital city of Ottawa. However, reports suggest that the truckers have shifted to cryptocurrency payments and the government cannot control that to a large extent. This may result in a more prolonged altercation between the protestors and the government.

Bitcoin Falls back to $43k

Bitcoin fell back earlier today and fell below $43k before press time. The cryptocurrency failed to make a move above $45k and that gave the bears an opportunity to slide in some losses.

The last 24 hours started with the cryptocurrency at around $44.6k. The rest of the day, the index came down below $43k in multiple steps. At press time, it is trading around $42.5k.

Moving forward, Bitcoin is looking slightly under pressure as it looks to further its gains. The bulls would love to make gains above $45k but they have twice been canceled. Overall, they are having a great February and therefore, we can be optimistic about their immediate future.

The total market capitalization of Bitcoin was around $806 billion and its share of the proceedings was 43.13%.

Bitcoin’s recent price recovery has resulted in increased activity from whales aka big Bitcoin holders. Addresses with more than 1,000 BTC in the coffers have started accumulating more and more after the recent price reversal.

According to data from Coin Metrics, addresses with 1,000 BTC or more had 7.95 million BTC at the end of January 24, but now it has increased to 8.096 million BTC in a matter of two weeks.

This trend is likely to continue as whales reaccumulate Bitcoin. The recent dip in the index was attributed to some panic selling by some whales. But now, they are restashing their supplies in hopes of a big price recovery.