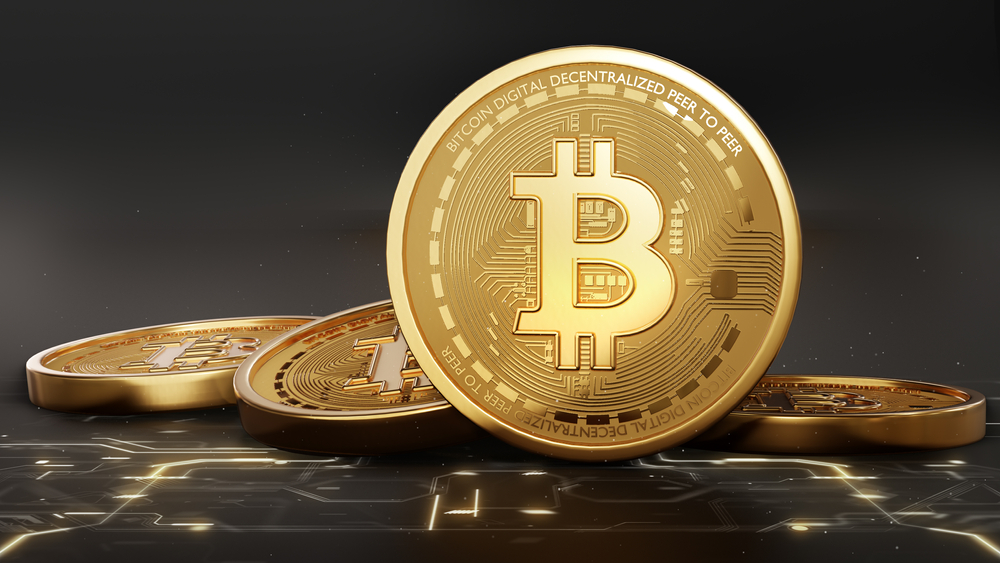 A Bitcoin (BTC) trader in the United States will serve more than 12 months in jail for defrauding BTC buyers. The DOJ (Department of Justice) disclosed that the New Orleans resident, Michael Yusko, will spend 12 months and one day in jail.

Apart from stealing from his customers, the DOJ added that Yusko operated a “Bitcoin business” without approval from regulators.

Notably, the crimes were committed on or before 2018. At the time, the BTC seller would “promise customers any amount of Bitcoin” in return for USD at five percent interest.

However, Yusko failed to honor his promises after receiving the funds. In May 2018, the customers started complaining that the seller did not provide “them with the agreed-upon Bitcoin.”

According to the department of justice, the New Orleans resident knew he was operating an illegal business and even advised his customers to avoid disclosing to “any bank employee” that the funds wired to his account were “to purchase cryptocurrency.”

Agents investigating the case noted that “banks frequently shut down accounts used to sell cryptocurrency, and banks had previously shut down Yusko’s accounts for such activity.”

According to the DOJ, Yusko agreed to causing his clients over 201,000 USD in losses. After leaving prison, the New Orleans resident will serve another “three years of supervised release” and must pay 100 US dollars as a “special assessment fee.”

In addition, the Bitcoin seller will make full refunds to victims. The refund amount is slightly above 410,000 US dollars. The New Orleans resident admitted to committing the crimes in August last year.

As Yuko serves one year and one day in prison, BTC worth roughly 670 million US dollars left centralized cryptocurrency trading platforms within 24 hours.

This indicates that Bitcoin investors prefer direct custody of their coins even as the United States Federal Reserve threatens to adopt a faster interest-rate hike.

According to data from Glassnode, a blockchain data analytics firm, over 18K BTCs were withdrawn from centralized exchanges on January 27. At the time, the coins were valued at approximately 670 million USD. 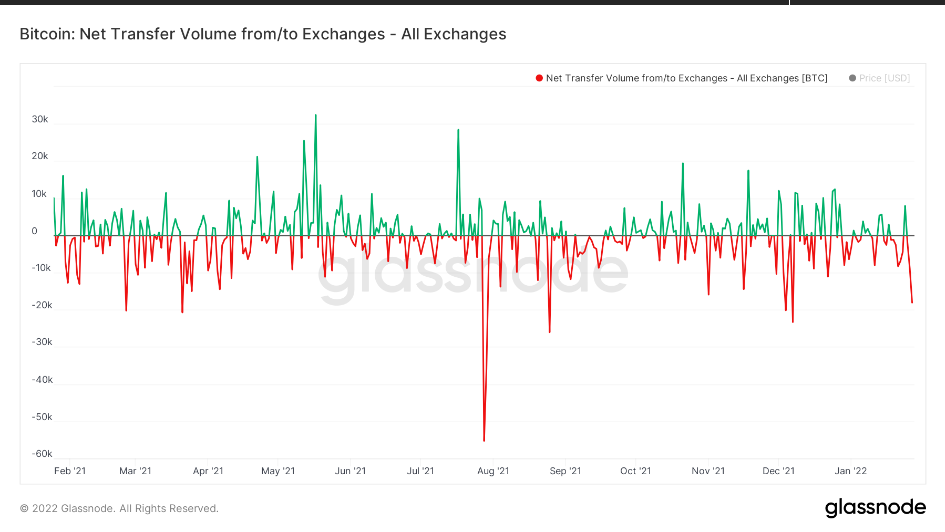 The data analytics firm observed that the amount is the largest to leave crypto exchanges in the last 30 days.

The data imply that Bitcoin investors intend to hold their virtual wealth longer. As such, high crypto exchange outflows are extrapolated to mean that market sentiments are turning bullish.

However, outflows don’t actually indicate that investors are passively holding the coins. In some cases, investors may tokenize the withdrawn coin on other blockchains to engage in yield farming. For example, the amount of wrapped Bitcoin (WBTC) has risen exponentially this month.

Wrapped Bitcoin is a token on the Ethereum blockchain wholly backed by Bitcoin. The token allows the usage of the leading cryptocurrency on the second-largest decentralized network.

Whether the coins are meant for passive investing or tokenized for yield farming, high outflows leave fewer cryptos available for trading on exchange giving the market extra power to fight the bears. 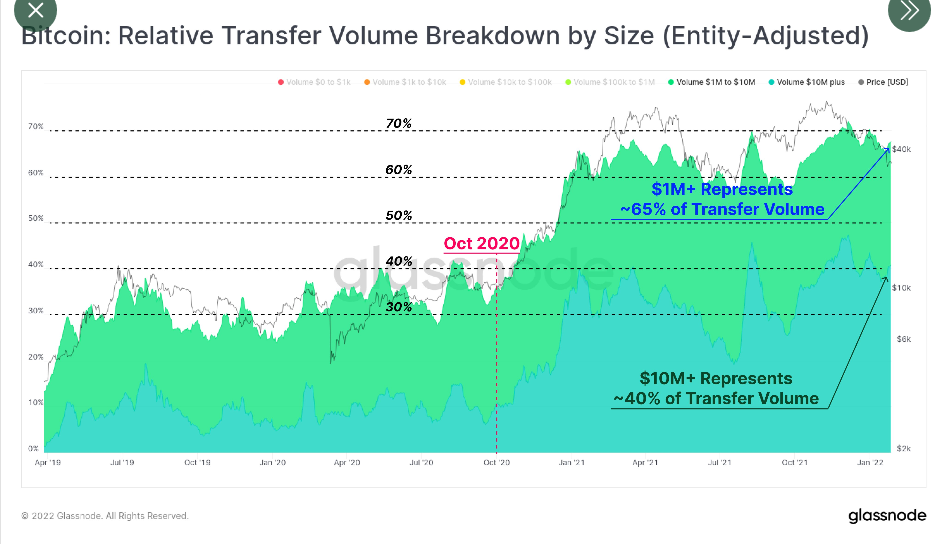 Yesterday, Glassnode noted that institutional investors continue to dominate exchange flows. In a tweet, the blockchain analytics firm observed that “Bitcoin transfer volumes continue to be dominated by institutional size flows, with more than 65% of all transactions being larger than $1M in value. The uptrend in institutional dominance in on-chain volumes started around Oct 2020 when prices were around $10K to $11K.”

On January 25, Glassnode revealed that its BTC reserve risk indicator that shows “aggregate investor behavior” had reached a one-year low. Such an occurrence characterizes “mid-bear to mid-bull cycles.” During these periods, asset prices are low, “but hodling dominates on-chain.”

However, according to Goldman Sachs, high cryptocurrency adoption isn’t a guarantee that the asset’s dollar equivalent will increase. The banking heavyweight holds that crypto adoption also tightens the market’s link to traditional assets classes. The financial firm added that such a phenomenon reduces “the diversification benefit of holding the asset class.”

At the time of writing, Bitcoin was changing hands at around 37,000 US dollars and had a market capitalization of over 696 billion USD and a 24-hour volume of close to 26 billion USD.