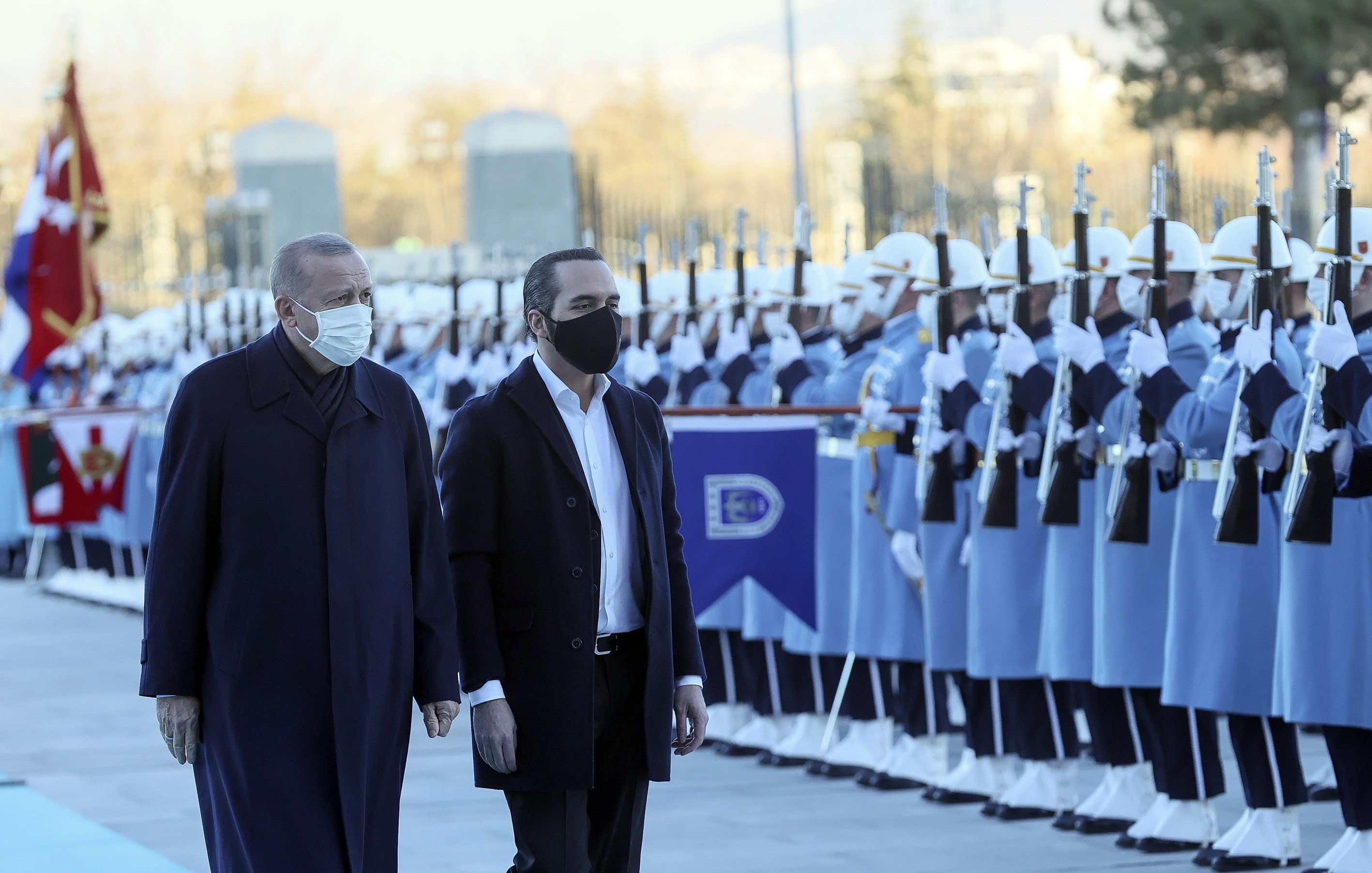 The price of Bitcoin (BTC) plummeted to below 40,000 US dollars shortly after showing signs of a price recovery on January 20. The leading cryptocurrency suffered another blow after the Salvadoran president, Nayib Bukele, sidelined Bitcoin in a meeting with his Turkish counterpart, Recep Tayyip Erdoğan, in Ankara, Turkey’s capital.

The Salvadoran and Turkish Presidents’ meeting started with a state-organized ceremony before officially opening the Salvadoran embassy. Later, the two heads of state agreed to work together on matters affecting education, trade, diplomacy, economy, and defense.

While the talks left out Bitcoin, the cryptocurrency community on social media platforms such as Twitter felt betrayed by Bukele, one of the few, if not the only, sitting presidents that openly support Bitcoin.

This invited fake news from parody Twitter accounts of famous crypto supporters, including the Salvadoran president.

The fake accounts tweeted that Turkey is preparing to adopt BTC as an official currency from next month. Although some of the accounts are no longer active, screenshots of their posts are still traversing the internet.

Some in the crypto community had already believed the fake news, and the BTC price shortly abandoned its downward trend to reach slightly above 43,000 US dollars.

However, the glory was short-lived as the price plummeted to lows of 38,000 USD on January 21, according to CoinMarketCap. At the time of writing, the price of Bitcoin stood slightly above 36,000 USD after recovering from a 24-hour low of 35,894 US dollars.

Despite the Bitcoin community discovering that the news of Turkey adopting BTC were fabricated, they imagined a future with the Middle Eastern country investing in Bitcoin.

For example, a Twitter user observed that “if Turkey adopts Bitcoin as legal tender and coverts one percent of its GDP into it, they would bring a buy pressure of $7B.”

“Turkey Could do What El Salvador Did,” PlanB

PlanB, the creator of the famous Stock-to Flow (S2F) Model and a popular figure in the Bitcoin ecosystem, expressed confidence that Turkey could adopt the leading cryptocurrency.

In a tweet, PlanB noted that “Turkey could do what El Salvador did. And Mexico could do it. And Brazil. And Tonga. The timing is perfect. Just when Europe/US/Australia are sliding into the new Dar Ages, a new land of the free would attract capital and brains. As demonstrated by El Salvador.”

However, others like @derekmross were “willing to wait for the real thing to happen” before activating a celebratory mode.

As the price of Bitcoin suffers from the short-lived hype, the United States has subpoenaed two individuals, Patrick Casey and Nick Fuentes, who were among rioters during the January 6, 2021, Capitol Hill riot.

Bennie Thompson, the head of a special committee investigating the incident, recently noted that they are using the subpoenas as a way of “seeking facts about the planning, coordination, and funding of events that preceded the violent attack.”

Thompson added that the committee “will continue to” search for answers to prevent a similar attack in the future.

Apart from their presence on the riot scene, Casey and Fuentes are known to oppose Joe Biden’s election as the US president. They have gone as far as calling for the destruction of Biden’s political party, the Republican Party.

Last month, the two attracted the attention of the committee and law enforcement agencies after they received BTC donations from a French computer programmer. Interestingly, the donor made 20 other such donations to individuals with an identical political inclination.

The donor reportedly committed suicide a day after making the donations on December 18. In a suicide note, the computer programmer indicated that they donated their “wealth to certain causes and people” because they “care about what happens after” they die.

The subpoena explicitly mentioned the Bitcoin donations and revealed that the French deposited BTC “worth more than $250,000” into Fuentes BTC wallet. Casey also received a similar amount.

Notably, the two subpoenas indicate that a growing number of far-right extremists have found solace in the leading cryptocurrency.