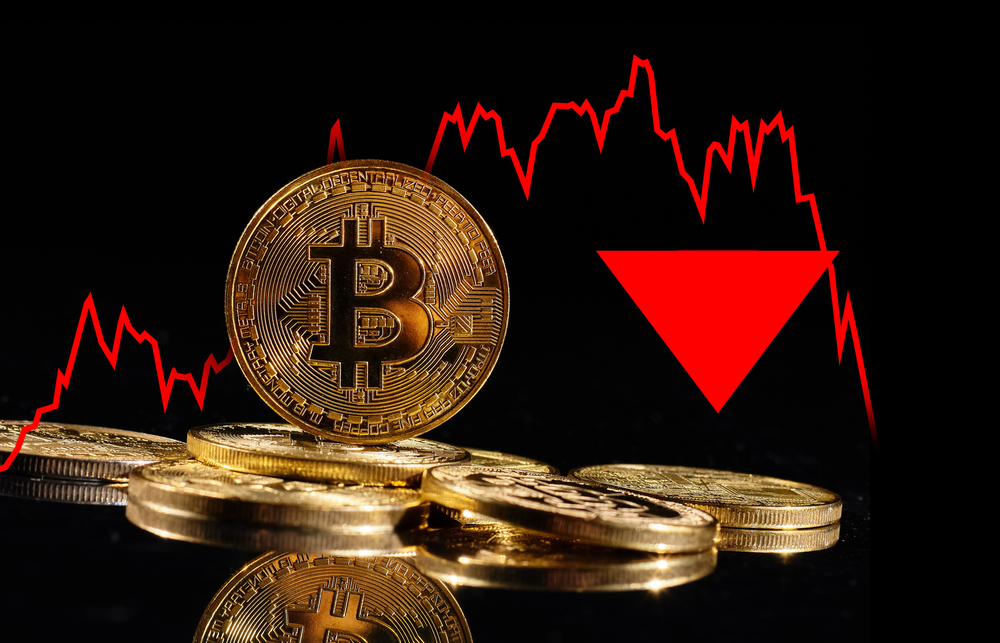 Bitcoin is currently trading right around the $44k level. The largest cryptocurrency by market capitalization had a slow last 24 hours or so but just before press time, the cryptocurrency began to record a price drop below key support. While the move itself wasn’t exactly too convincing and the cryptocurrency is still within reach of recovery, the easiest past forwards is downwards and bears are on the move. Altcoins also posted losses of their own. More on that later on.

In other news, Goldman Sachs has stated that Bitcoin could reach $100k in the future but only if it can continue to eat into the share of Gold, the top asset in the store of value sector. This prediction by Goldman Sachs is for the coming years but may be relevant the most in this year only as Gold’s price also fluctuates a lot. More on that later on.

Bitcoin’s Relative Strength Index (RSI) is now at lowest levels since September 2020 after which it rose to new heights within no time. This considerably a big indicator that shows that despite the current bearish setup, Bitcoin can still bounce back.

In a bizarre incident, the second largest Bitcoin mining nation in the world Kazakhstan caused a commotion in the crypto world and politics when it blocked its internet. The country was facing mass-level protests that ultimately led to the resignation of the besieged government. The situation got so out of hand that the government had to put internet curbs on the general population. That dealt a significant blow to the crypto mining sector as the country has a whopping 18% of the entire crypto hash rate which took a considerable hit in the process.

The US Securities and Exchange Commission (SEC) has once again postponed its decision on a new Bitcoin Exchange Traded Fund (ETF). The latest application was from the powerful New York Digital Investment Group (NYDIG) and even then it was delayed to March 16 later this year. While the SEC has allowed Bitcoin Futures ETF in the country, the much awaited Bitcoin ETF itself is still nowhere close to happening as it has rejected two of them in the last few months.

The EU is calling for public input on how to best incorporate Decentralized Ledger Technology (DLT) into trading and settlement. The European Securities and Markets Authority (ESMA) is calling out for this public participation.

A Twitter poll by Airbnb CEO shows that users overwhelmingly want crypto payment options in the application. The popular renting service has no such option available at the moment but is likely to take some time in adopting Bitcoin.

Cryptocurrency network Solana (SOL) is facing yet another performance issue that could take some days to fix. The Proof of History network has been facing network slowdowns for quite a while and the latest is yet another question mark on the overall progress of the network.

Bitcoin dropped below $45k just before press time and kept dropping till it was below $44k. However, the bearish move is taking a breather at that level but they are expected to be back in no time.

The last 24 hours started with Bitcoin at around $46.2k value. It traded sideways for much of the last 24 hours until at 8 PM when the price began to go downhill aggressively. The index dropped to as low as $44k at one point but further price drop has stopped for now.

Going forward, the bears are now angling in for the attack. While many indicators are flashing green, the ultimate one of them is the price and the price suggests that the bears can still pull the price below. However, considering many of the long-term indicators and short-term signals that are flashing green, the move below could easily be a bear trap and the index could recover yet again.

The total market capitalization of Bitcoin was around $830 billion at press time and its share of the proceedings was 39.68%.

Premier investment bank Goldman Sachs has predicted in a recent note sent to its investors that Bitcoin could reach a $100k valuation, provided it continues to eat away into the store of value market.

According to Goldman Sachs note, Bitcoin’s adjusted market cap is around $700 billion while Gold’s is around $2.5 trillion. If Bitcoin gains around 50% of the entire market dominated by Gold, it can rise to just above $100k. However, the estimate is for the next five years and since a lot can change in that time including Gold’s own price, for Bitcoin bulls, it is relevant for the next few months as it tries to re-ignite the bull run.